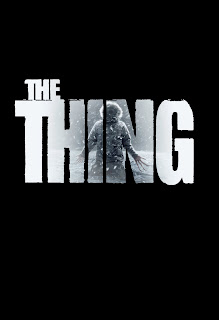 Antarctica: an extraordinary continent of awesome beauty. It is also home to an isolated outpost where a discovery full of scientific possibility becomes a mission of survival when an alien is unearthed by a crew of international scientists. The shape-shifting creature, accidentally unleashed at this marooned colony, has the ability to turn itself into a perfect replica of any living being. It can look just like you or me, but inside, it remains inhuman.

In the thriller The Thing, paranoia spreads like an epidemic among a group of researchers as they’re infected, one by one, by a mystery from another planet. The Thing serves as a prelude to John Carpenter’s classic 1982 film of the same name. Directed by Matthijs van Heijningen, the thriller is produced by Strike Entertainment’s Marc Abraham and Eric Newman (Dawn of the Dead).

Thanks to the wonderful folks from Universal Pictures Australia, we are giving you the chance to re-visit the timeless sci-fi classic in its most recent form....The Thing. To win 1 of 5 in-season double passes just answer the following: What movie would be greatly improved if a character from John Carpenter played by Kurt Russell was included in the cast. Just tell us which film, character and why on Facebook, Twitter or in the comments below and you will go into the draw. Winners will be drawn from the All Star Barrel 7pm Thursday the 13th of October.

Again thanks to Universal Pictures Australia and The Thing, in cinemas from the 13th of October.
Posted by All Star Comics Team at 3:32 PM