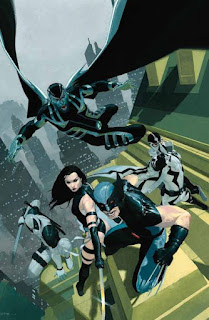 October is upon us and with it the next All Star Legend. It might not have been out for that long but UNCANNY X-FORCE Volume 1 from Rick Remender and Jerome Opena has impressed us so much we couldn't wait any longer to showcase it to you.

Uncanny X-force picks up with Wolverine creating his second secret wetworks team, that follows the mission statement of taking out enemies before they become a problem. He surrounds himself with a small team of heroes he knows he can trust to cross the moral line to get the job done for the greater good. This is the hook that sets this title above the other X-books. The moral ambiguity of the main characters actions is intensely powerful and rarely seen explored in spandex books to this extent. For a team that deals in pure black and whites, it's the greys 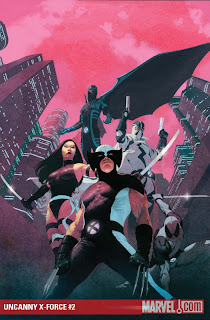 Rick Remender has been involved with quality titles in the past but has seemingly hit on something really special here. Not only has he created a story with thrilling, fast paced action but a story that has the characters and the reader questioning the worth of every kill the team has to make.
With that Remender's take on the five main characters is nothing sort of brilliant. Despite sharing a team lead by Wolverine and starring Deadpool, Psylocke, Archangel and relatively unknown Fantomex never feel like they are left with nothing to do. No one character overpowers the story and every one of them shows development and depth in some way. It is always a pleasure to read characters in a team book written far better than they appear in their own solo title.
Another plus is that the stories manage to have a great feeling of scope and importance but yet are neatly tucked away in their own corner of the X-universe.


Opena's art is nothing short of amazing. He seems to tackle each page with the intention of making the story seem as big as possible. While glancing over the pages you could be forgiven for thinking you were looking at the artwork from the next event book from either major companies. The violence Opena needs to draw for this story always has impact behind it, yet never seeming like it is gratuitous at any point. 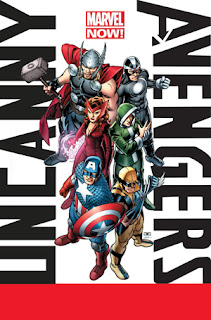 Another reason for this month's Legends choice is the upcoming release of  Remender's and Opena's work on some the more exciting new Marvel Now titles, Uncanny Avengers (Remender and Cassaday) and Avengers (Hickman and Opena). Both titles are sure to be huge hits and now you have a chance of checking out some of their earlier work before both creators go into the talent stratosphere!

If this Legend ends up taking your fancy, you might what to look up these other reads as well:
-Fear Agent
-XXXombies
-End League
-Venom
-Vengeance Of The Moon Knight

If you have any questions, you know where to ask them. You can start to buy the Legend from this Thursday the 4th of October.

All Star Legends. The legendary titles of the highest recommendation.
Posted by All Star Comics Team at 3:51 PM