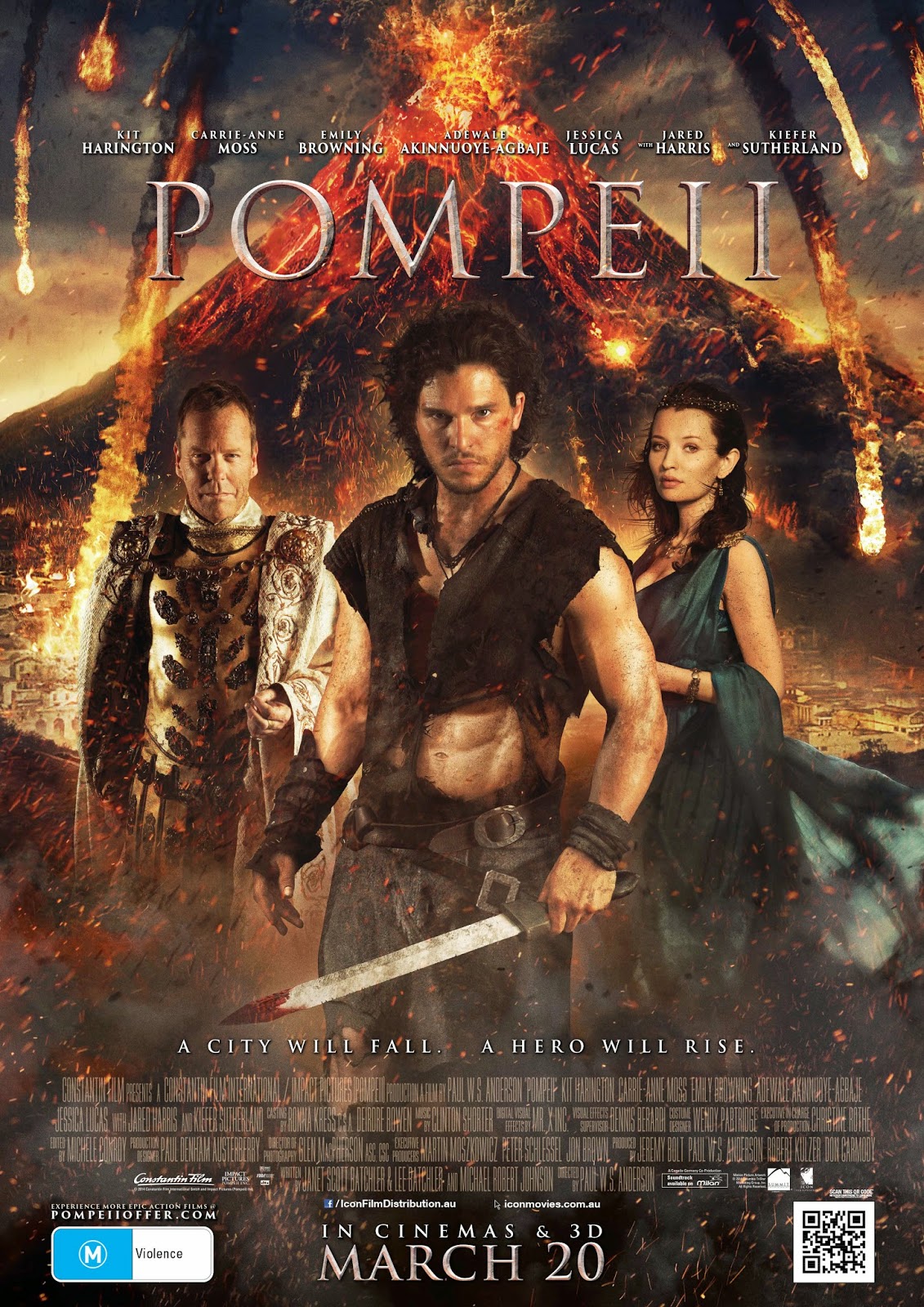 Pompeii is set in the days leading up to the famous eruption of Mt Vesuvius, which destroyed the ancient city of Pompeii. Kit Harrington starts as Milo, an enslaved gladiator, who must fight for his life in the arena every day. When Cassia (Emily Browning) enters his world and his heart, he must also fight his feelings for her – a noblewoman who can never be his. That is until all the world is changed by a storm of ash and lava that will seal the city like a tomb. Now they must fight to survive.

Thanks to those lovely people at Icon Films, we have 4 Double In-Season passes to give away to Pompeii 3D, in cinemas from March 20.

To go into the draw for your chance to win all you need to do is tell us, "Molten lava, volcanic ash and poisonous gases seem like such horrible ways to go. If you had to be stuck near an active volcano, what would you prefer it to erupt up from the earth's core?"

Terms and Conditions:
All entries will go into the All Star Barrel and winners will be drawn at random. Entries close 6pm Tuesday 18th of March and winners will be announced Wednesday the 19th. Passes will only be available to pick up from the store and winner must produce photo ID upon pick up. Passes MUST be picked up no later than a week after the draw. Any remaining passes after this date will be given away at our discretion to make sure they don't go to waste.

A huge thanks again to Icon Films. In cinemas March 20
For more information head to: http://www.iconmovies.com.au/
Trailer:
http://www.youtube.com/watchv=dezRBLQI58Q&list=PL0XnoGb6_BuH3OvE8cvNQt9GIOUwHE-S3
Posted by All Star Comics Team at 12:07 PM