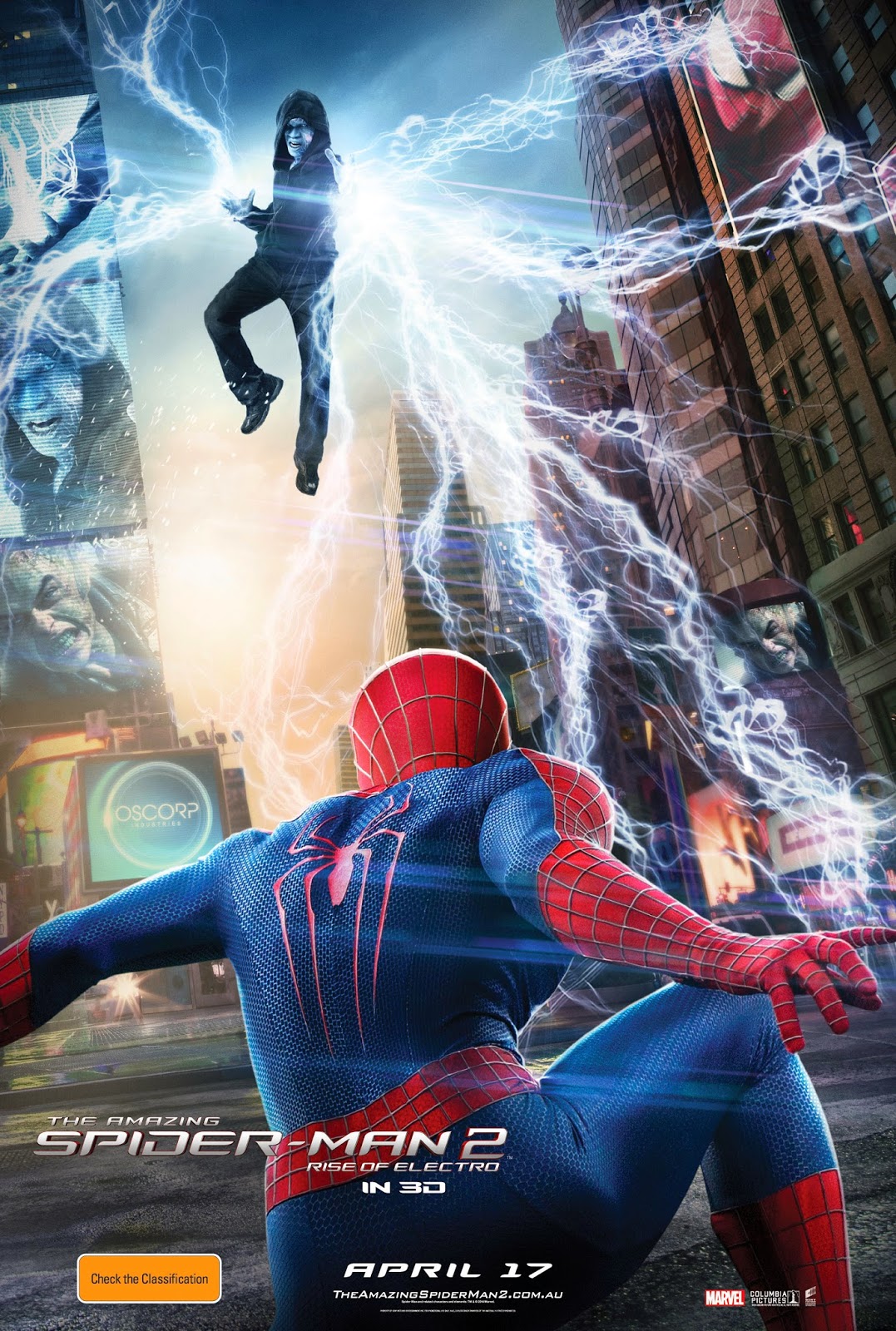 Spider-Man’s world is becoming increasingly dangerous, as new powerful villains emerge to take on the hero -- including Electro (Jamie Foxx), a being made of pure energy. At the center of the villains is Oscorp, the corporation responsible for creating the spiders that gave Peter Parker (Andrew Garfield) his powers—and which seems to have a suspicious interest in Spider-Man. As these sinister forces push Spider-Man beyond his limits, he’ll learn that he has put the people—and the city—he loves most at risk; being a hero comes with a cost. Also starring Emma Stone.

Thanks to those excellent people from Sony Pictures Australia and THE AMAZING SPIDER-MAN 2: RISE OF ELECTRO, Only at the Movies! April 17, we have 3 double passes to a special preview of the film taking place on Wednesday 16th April at Hoyts Melbourne Central at 6.30pm to give away.

To go into the draw for your chance to win all you need to do is tell us, "judging from the trailers, we could soon see the Sinister Six on screen. How many villains would make up your bad guys super team and what catchy name would you give them?"

All entries will go into the All Star Barrel and winners will be drawn at random.
Entries close 7pm Thursday the 10th of April and winners will be announced Friday the 11th.
Winners to provide ID upon pick up.  Any remaining passes that aren't collected by 6pm Tuesday the 15th, will be given away at our discretion to make sure they don't go to waste.

Thanks again to Sony Pictures Australia and of course THE AMAZING SPIDER-MAN 2: RISE OF ELECTRO, Only at the Movies! April 17

For more information head to: www.TheAmazingSpiderman2.com.au

Spider-Man and related characters and elements: TM & ©2014 Marvel. The Amazing Spider-Man 2, the Movie ©2014 Columbia Pictures Industries, Inc. All Rights Reserved.
Posted by All Star Comics Team at 9:59 AM