ALL STAR RECOMMENDS FOR JUNE 14TH 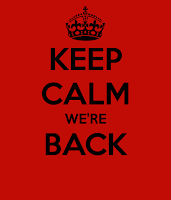 I’m back to ramble at you once more. Comics are great aren’t they? Here’s some to keep you busy.

COMIC OF THE WEEK: GOODNIGHT PUNPUN VOLS 1&2
By Inio Asano
Published By Viz


After multiple attempts, I’ve realised that there is no way to succinctly describe Inio Asano’s Goodnight Punpun. First published in Japan between 2007-2013 as Oyasumi Punpun, Goodnight Punpun is a coming of age story. It’s a teen drama. It’s the banality of modern Japanese life gone dirty realist. It’s surreal, psychedelic, funny, perverse, awkward, grotesque, voyeuristic, sweet, sad and, despite the fact that its protagonist is scrawled out by Asano as a cartoon bird, incredibly realistic.

In Goodnight Punpun, Everyday life is revealed in all its banality but commonplace events and encounters are given disturbing twists and turns, revealing, ultimately (well, by the end of the two volumes published so far in English), a sickness at the heart of adulthood. Teen adventure and romantic entanglements are given a sinister spin thanks to grown-ups, such as when a porn video found on the street by the book’s randy teen boys reveals a pre-recorded murder confession, or when a certain illicit relationship reveals a tortured family history, a “shameful” abortion and actual forced imprisonment of a minor. Adult role models, such as teachers and parents, are neurotic, disturbed wrecks all in need of some serious psychoanalytic help and are in no way fit to guide the youths they mentor or parent into adulthood. In this week’s video, an interview with Asano, the author says, “The older we become, the more we try to hide or forget about aspects [of ourselves that we do not like]. I, however, explicitly try to depict them in my manga.” This statement is crucial in understanding the world the manga’s youthful characters find themselves in.

Another attempt at definition: Goodnight Punpun is like every high school TV show turned into a Lynchian nightmare. No, that’s not quite right either – it has too much exuberance, too many moments of true sweetness for that description to stick. At the heart of it (whatever it actually is) is Punpun Punyama, a real boy in a real Japan who just so happens to be drawn in the style of something you might doodle whilst on the phone. Punpun’s mother, his father and his uncle are all drawn similarly, but everyone else is drawn in Asano’s typically slick, seductive blend of exaggerated manga and absolute realism. Punpun and family’s appearance is made even stranger through Asano’s use of photographic reference in composing most of his backgrounds and the result is that the family literally appears as though torn from some child’s art book and pasted into another world. Initially discombobulating the reader even further is the fact that every other character perceives Punpun to be human and that Punpun and family are given such striking depth and dimension that they read (and very quickly feel) just as real, if not more so, than anyone else populating the story. Strangely, and see this week’s video again for this, Asano’s own editor, in discussing the battle Asano had with both her and the publisher in getting Punpun approved, describes Punpun as a “faceless protagonist” showing a fairly baffling lack of understanding and appearing astonishingly dismissive of both Asano’s immense talent and just how expressive sketchy little Punpun actually is.

You only really need to look at the work of Kitaro creator Shigeru Mizuki (or, to a lesser extent, that of Astro Boy’s Osamu Tezuka) to know just how long manga has been blending the real with the cartoon. Mizuki worked similarly, giving his backgrounds an astounding amount of realistic detail but his characters a cartoonish bounce. Asano, an admitted admirer of Mizuki’s, takes this technique and completely updates it, inserting it into a kind of hallucinogenic Japanese Degrassi Junior High (Again: not quite right). Yet despite how seamlessly Goodnight Punpun works, the hesitation on the publishing side to pull the trigger on the project is understandable from a commercial viewpoint – it remains a strikingly odd choice for an artist capable of such beautifully human characters, coming off a mega-hit with the poppy dramatics of Solanin, to turn arguably his most human creation into a squiggle-blob with stick limbs and a beak (and later a triangle). How does Punpun “really” look? That’s totally up to you and me. He is briefly described as being handsome at one point, but aside from that throwaway moment he is exactly as the reader chooses to envision him. Imagine him tall, short, fat, Indian, whatever. As a protagonist – he is yours to make. Being quite anthropomorphically inclined, I’m personally quite happy to take him at face value, pun intended.

Despite how he’s drawn, Punpun’s really just an average boy in school. Sure, he sees God in the form of a perpetually grinning, afro-wearing, bespectacled Japanese man who says some pretty intense and disturbing things to him, but he’s ultimately just another kid, sweet and meek and awkward. Punpun’s shy, he has good friends that he struggled to make, his hormones are raging, he’s in love with a girl named Aiko and he has an extremely troubled family life. His father is abusive towards his mother and his uncle Yoichi is forced to move in with him and his mother (Yoichi’s sister). Punpun’s mother shows her young boy no love or even much affection. Again: adulthood is a horrible thing in Goodnight Pupun, a world filled with mental illness, closeted horrors, violence, failure, uselessness and intimacy turned sour, all personified in the forms of Asano’s clammy, leering, twitching grown-ups existing a state of extreme repression.

Reader sympathy naturally will gravitate toward the kids in the book, travelling inevitably into unfortunate maturity that will be explored as volumes continue, and will likely extend to shiftless Uncle Yoichi who, in his early thirties, may be the “cool uncle” but struggles with becoming a fully-functional adult, works part time in a video shop, suffers through a loveless relationship and is haunted by a past affair of a sordid, distressing and destructive nature (detailed in possibly the most compelling hundred-odd pages of comics I’ve read this year in volume two). Ironically, it’s probably Yoichi’s lack of maturity that makes him both relatable and sympathetic – in resisting the trappings of adulthood, he’s avoided the craziness it seems to create.

Goodnight Punpun is not a static work with a status quo, as found in many a project with quirky anthropomorphic families up front and centre. In Asano’s world, people grow and change on the page as they do in real life and the cruel inevitability of Punpun’s (and by extension our own) eventual arrival into adulthood lends the comic an extra cloud of sadness. At various points, things get personal to the point of reader discomfort – you will feel incredibly intrusive about halfway through volume two, I guarantee it. The need to step away and let the characters impossibly maintain some kind of private dignity on the page is quite acute but I was, guiltily, too engrossed to stop reading, voyeuristically peeping in on the events of these lives.

Asano has built his reputation in works such as Solanin and A Girl on the Shore on the heartbreak and inter-personal relationships of his young characters. Even the psychological horror of his Nijigahara Holograph put its characters at the forefront of the story. Yet Punpun, a character that he may well have first drawn with his eyes closed, is as expressive and fleshed out as any of them. Famed for his “pretty” art and visually emotive characters, Asano has stripped it away with Goodnight Punpun, bravely, crazily, brilliantly proving that comics can do literally anything. I can’t imagine Goodnight Punpun translated into another medium with any real success – it’s the flexibility of comics and the fluency of its readers familiar with the medium that allows it to succeed.

Having a look at Goodnight Punpun’s Wikipedia entry, it appears as though Asano himself was unhappy with attempts to categorise the work as either “surreal” or an example of utsumanga (“depressing manga”) because those descriptions do nothing but “pigeonhole.” The experimental willingness to take on seemingly every single available genre (with the story even becoming something of a “road movie” in forthcoming volumes) and mash them into a comic about a teenage boy growing up takes remarkable confidence from its creator. It’s unsurprising Asano resents attempts to pin it down – I once again admit my failure to do so meaningfully. It’s an overused expression, but there is nothing, *nothing* else like Goodnight Punpun. It’s a Frankenstein melange of a story that just should not work, let alone be as genuinely riveting in every aspect as it is, from its drama, to its horror, to its romance, to its surrealism, to its heartbreak, to even its badminton matches. My only complaint is that the wait between these Viz two-in-one volumes is far, far too long, even as with each subsequent volume arriving, poor Punpun grows, ages, changes and eventually and probably tragically, becomes a man.

At the intersection of the animal world, the plant world, the meteorological world and your very own house sits Your Wild City a wonderfully fun and informative webcomic by past ASC Recommends-highlighted creators Maris Wicks and Rosemary Mosco. Taking in everything from cloud formations, to bird songs, to various trees and seasonal change, Your Wild City is perfect for young readers and will also give old dummies like yours truly a bit of a biological learnin.’

Picking one to highlight is a difficult choice, but I’m going with “Storm Clouds Are Bad Dancers,” adorably explaining how lightning occurs. So cute!

A couple of months back, I included a pretty amazing video featuring Master Keaton’s Naoki Urasawa chatting with Goodnight Punupun’s Inio Asano about manga, craft and working digitally. If you never saw that, YouTube pulled the video (boo), but here’s another upload of it for you (yay). Watch it if you have the time and the inclination, it’s fascinating stuff.

This week, however, we go back a few years from the filming of Urasawa’s manga documentary series to an interview with a far shaggier, exhausted-looking Asano who was at the time knees deep in the construction of Goodnight Punpun. Opening with something of a retrospective of his work to that point (it’s staggering to think that a work as special as Nijigahara Holograph caused his career major damage), the interview shifts to Punpun, breaks awkwardly but thankfully briefly in the middle for some bilingual chat by the original TV show host in studio, and then returns for another look at Asano at work. Frank in a quintessentially Japanese way, Asano gives honest and fairly succinct answers to questions presented providing a uniquely objective look at his work and what he perceives to be his strengths and weaknesses. Great stuff.