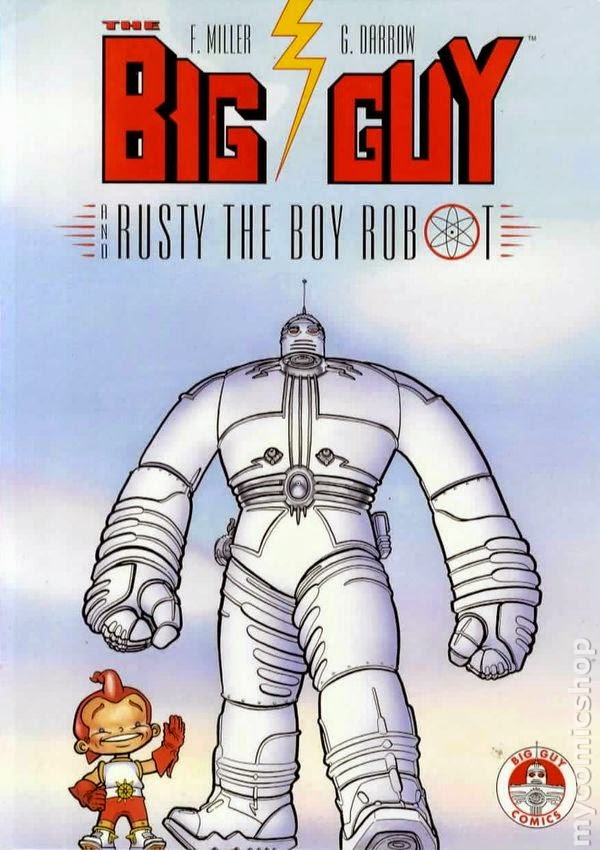 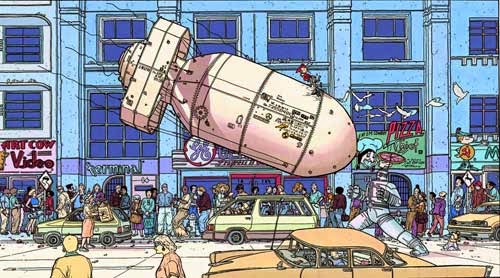 Darrow joined with the still in form Frank Miller, tells a truly epic visual tale of East and West's most advanced technological guardians coming together to defeat the world against a primordial evil that seems set on crushing the world (starting with Tokyo) under it's crawled heel. 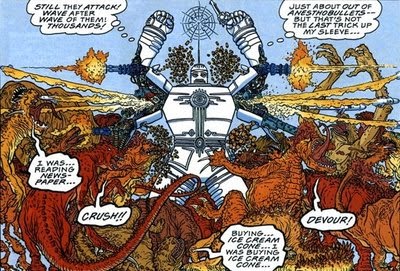 Darrow's art, despite there not being much of it around is instantly recognisable and should be treasured when featured in a complete story. His work on this series, is stunning and painfully detailed. When viewed in the "Treasury" format in which this tale is presented is a true comic art feast. This story shows the destruction of Tokyo City in such a way you'd believe you are witnessing art that showcases every single brick and piece of mortar torn from the city's foundations as the villain turns the city into it's playground.

With Darrow, Miller tells a story that was no doubt trying to create subtext about man's obsession and folly with playing God, the East and West's arms race and our reliance on modern technology but at the end of the day passes as the greatest make believe battle session you never had as an eight year old, starring you favourite Jumbo robot and cheap plastic Dinosaur figure after consuming the world's largest glass of red cordial. 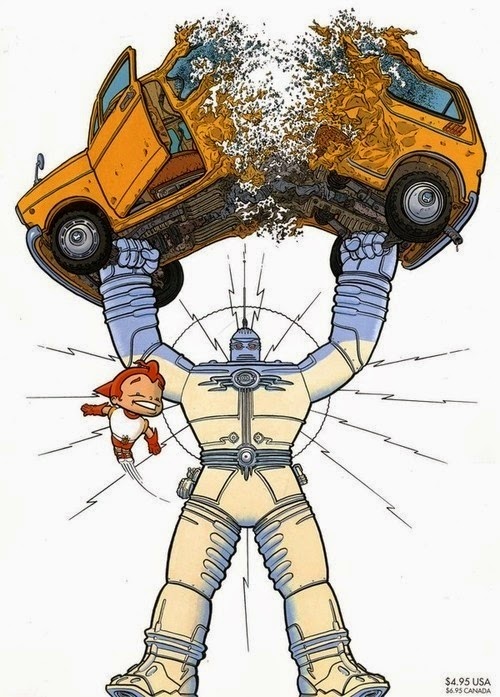 If you have any questions, you know where to ask them. You can buy the legend from this Wednesday 14th of January.

All Star Legends. The legendary titles of the highest recommendation.
Posted by All Star Comics Team at 12:30 PM