ALL STAR RECOMMENDS FOR DECEMBER 29TH 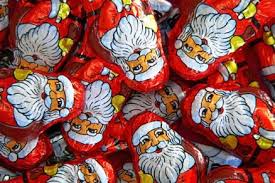 It’s early Christmas morning as I put the finishing touches on this one, so it will be as short as a Christmas elf, sweet as one of those Santa chocolates that look alarmingly like a penis but still chock full of comics greatness in all its forms. 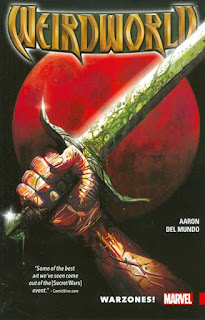 The seemingly never-ending Secret Wars event has thrown up some real comics curios in the never-ending battle to remake the universe and turn some virtually discarded pieces of intellectual property into things both viable and valuable.

Chief among them, for my money, is the reincarnation of Weirdworld by Jason Aaron and Mike Del Mundo, which features the inspired choice of casting Arkon as its lead character. Here’s the thing -- Arkon was the villain in my first ever Avengers comic -- a reprint of #76 (1970) -- around which is wrapped one of my favourite covers ever: 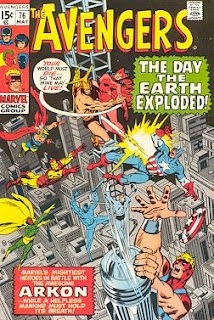 Arkon, born and raised on the world of Polymachus, is his planet’s fiercest warrior – a lofty feat considering Polymachus celebrates war and warriors above all else. Armed with his lightning bolt-shaped weapons (which, depending on the type, can be used either offensively or to move between realms), Arkon came to earth, took off with The Scarlet Witch and single-handedly battled The Avengers. I thought he was pretty cool.

So did writer Jason Aaron and editor Tom Brevoort apparently, as they drop Arkon right into the chaos of another 1970s concept reborn, the ever-shifting terrain of Weirdworld, a no-holds-barred fantastical realm that Aaron and artist Mike Del Mundo stuff full of Marvel offcuts, B-listers and, in the form of the crystal warriors from the long-dead, often mocked Crystar series, Z-listers.

Here’s another thing: I own every issue of Crystar: Crystal Warrior. I loved it. If you ever think these reviews get too snooty, just remember that I’m the dork with the complete Crystar tucked away. Engineered primarily to move as many toys as possible, the Crystal Warriors’ insertion into Secret Wars is inspired. Not only are they the perfect thematic fit for Weirdworld, but the original 1985 Secret Wars was also a comic cooked up to also move a line of action figures.

Anyway, Aaron and Del Mundo’s continuity melting pot Weirdworld is just a tonne of fun. Arkon has no knowledge of where he is or what’s happened to Polymachus and navigates the landscape with a map that, brilliantly, looks like it was drawn by a five year old. Aaron’s script moves at near supersonic speed, lobbing skewed Marvel fantasy concept after concept at his readers. Del Mundo’s art recalls the heyday of ‘80s Epic Comics, a little bit Muth and a lot Sienkiewicz, giving the title the kind of perfectly lush, painterly look that from its dragons, to its landscapes, to its warrior hero, is energetic, fully realised and fittingly strange.

Fun and action packed, Weirdworld should be enjoyed with as little knowledge going in as possible to savour its constantly imaginative surprises and devoured in a single sitting. 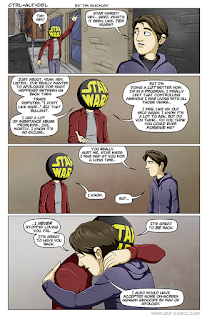 WEBCOMIC OF THE WEEK : CTL+ALT+DEL: THE RETURN
By Tim Buckley

“The Return,” from CTL+ALT+DEL features cartoonist Tim Buckley welcoming Star Wars back into his life as though it’s a long lost friend. Personally, I’m not quite ready to embrace Star Wars as tightly as Tim does, but I’ll certainly shake its hand and go for a beer with it. It’s sure good to have it back, that’s for sure.

Having fallen behind in my reading of New Lone Wolf & Cub, I reread the early volumes this week and ploughed right on through to the end of the latest volume, number seven (of nine I believe). I am an enormous fan of the original series and was a touch sceptical about this sequel.

Silly, silly me for not trusting Kazuo-sensei.

Kazuo Koike is possibly the most underrated comics writer ever (before you scoff at that, consider his body of work and then search for “Best Writer” lists with his name on it) and without a doubt, New Lone Wolf & Cub is the most criminally ignored series of the year. I’ll have more about it in my Best of 2015 column in a couple of weeks but it’s almost shocking to me how little anyone seems to be talking about it.

Here then, at the conclusion of my New Lone Wolfbender, is the trailer for Shogun Assassin, a 1980 American film that splices the first two (of six) Japanese Lone Wolf & Cub films together. Yes, I could’ve picked an episode of the television series that seems widely available on YouTube. Yes, I could have picked one of the extended sequences from the films also available. But when you work in a phrase like, “Meet the greatest team in the history of mass slaughter,” and amp up the “sword and sorcery” aspects to the borderline between exaggeration and lie, you win the day.

Plus that music. Oh, that music. Ahh, screw it, have a sonic bonus or two for your New Year’s party mix.

Cameron Ashley spends a lot of time writing comics and other things you’ll likely never read. He’s the chief editor and co-publisher of Crime Factory (www.thecrimefactory.com). You can reach him @cjamesashley on Twitter.
Posted by All Star Comics Team at 4:31 PM