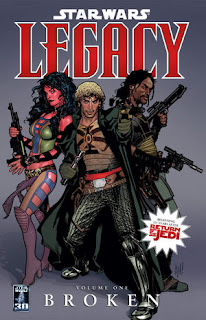 With a new year comes the start of the 2013 All Star Legends and after the recent news of a new Star Wars Trilogy alongside the release of Brain Wood's new Star Wars series by Dark Horse Comics people are wondering, what will the future of Star Wars be? Well, 130 years after the battle of Endor that future is told in Star Wars Legacy by John Ostrander and Jan Duursema. 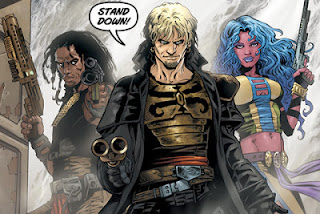 Following the classic story of Good versus Evil and the cyclical nature of Star Wars sagas it’s the Republic and Imperial Empire against the resurgent Sith threat, whilst the Jedi are all but wiped out and in hiding. The hope for peace lies with the latest descendent of Luke Skywalker.
Cade Skywalker is a Bounty Hunter and Smuggler who has turned his back on the force and when the galaxy is threatened wants nothing of it, seeking only to make some money for himself and his crew. Star Wars Legacy has all the twists and turns of the Original Trilogy, with a protagonist mix between Luke Skywalker and Han Solo, and is a wonderful introduction into the Extended Star Wars Universe. 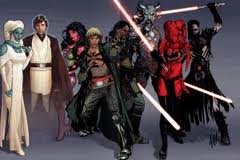 If you enjoy Star Wars Legacy and want to start filling the 100+ year gap between it and the Original Trilogy you should also check out Star Wars Invasion by Melbourne based Tom Taylor and Collin Wilson, set during the Yuuzhan Vong Invasion.
Otherwise, if you wish to see the descendants of Leia and Han Solo check out the new Star Wars Legacy series
starting in March following the story of Ania Solo. 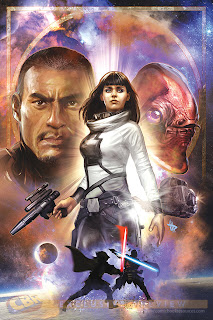 As always the ALL STAR LEGEND will be available for 30 days at a discounted price (or until stock sells out). This will be a limited stock promotion. There is strictly “no holds" on the legend. First in, best read! No further discount applies to the book as there's a pretty good chance that it will already be cheaper than the US cover price! The discount also only applies to the volume listed, not the entire series of trades.

If you have any questions you know where to ask them. You can start to buy the Legend from this Thursday the 10th of January.

‘All Star Legends’... Legendary titles of the highest recommendation.
Posted by All Star Comics Team at 10:17 AM