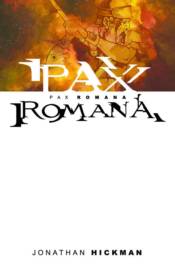 It's a known fact around the store we are big fans of writer/artist Jonathan Hickman. March sees the release of his exciting new creator owned series from Image, East Of West along with the first collection of his outstanding work on Avengers in Hardcover. We thought it was high time to introduced you to another one of his greats, PAX ROMANA. 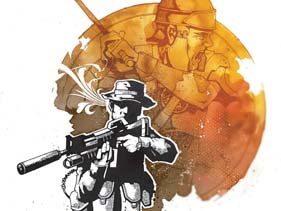 The premise is classic Hickman high concept sci-fi. The Catholic church of the future is concerned about their slipping influence on society. At the same time their science division has just unlocked the secrets of time travel. With a full armed platoon of mercenaries, the church decides to strengthen their grip in the future by changing the past. The squad is sent back to the church's dark ages just before the crusades to re-direct history but of course things don't go according to plan. 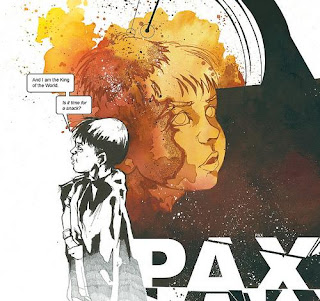 You will find that a project both written and drawn by Hickman you are going to get a whole bunch more value for your comic buying dollar. His vector like art style is striking with a passionate flare and his use of graphic design storytelling has most pages filled with information and text that will keep you reading for hours. Intelligent and action packed, clearly well worth a look in. 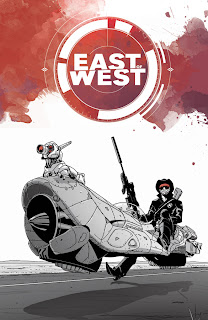 So if you want to get in early on some Hickman creator owned reads before East Of West hits later this month, it looks like Pax Romana is perfect for you.

If you have any questions, you know where to ask them. You can start to buy the Legend from this Thursday the 7th of March.

All Star Legends. The legendary titles of the highest recommendation.
Posted by All Star Comics Team at 12:52 PM