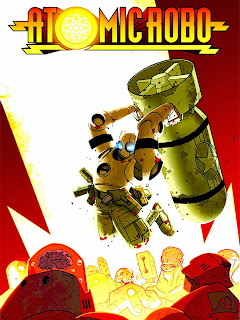 December means Christmas means a Legend we deem a worthy pick for all ages! We couldn't think of a better title than that of Brian Clevinger and Scott Wegener's, sci-fi rollicking adventure book ATOMIC ROBO Vol 1. 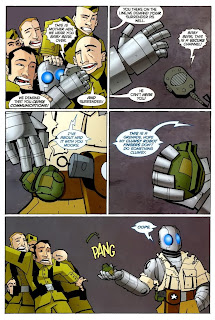 In 1923, Nikola Tesla's career is in its twilight... until he unveils a robot with automatic intelligence - ATOMIC ROBO! After decades of dealing with all manner of weirdness, Atomic Robo and the so-called Action Scientists of Tesladyne become the go-to defense force against the unexplained! See ROBO take on Nazis, giant ants, clockwork mummies, walking pyramids, Mars, cyborgs, and his nemesis, Baron von Helsingard 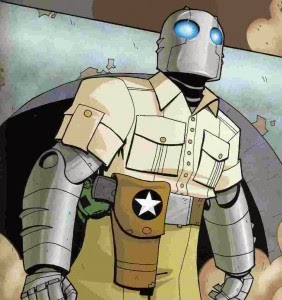 Clevinger and Wegener make for a perfect pairing in this series. The story in the style of great adventuring heroes like Indiana Jones and Hellboy is set in a world of both scientific and mythical characters and artifacts. The tone of the series is far from serious with a fantastic sense of humour, yet all awhile never talking down to the reader, respecting that younger readers appreciate a high concept sci-fi adventure as much as the rest of us.

Wegener's simple and sleek art and character designs seem like something straight out of your favourite Saturday morning cartoon, which again makes for a pleasing style and look for both younger and older readers.

The perfect Christmas gift for younger readers that are after something with a little extra bite or also perfect for those of us wanting to try something a little different and new.

If you have any questions, you know where to ask them. You can start to buy the Legend from this Thursday the 6th of December.

All Star Legends. The legendary titles of the highest recommendation.
Posted by All Star Comics Team at 9:05 AM