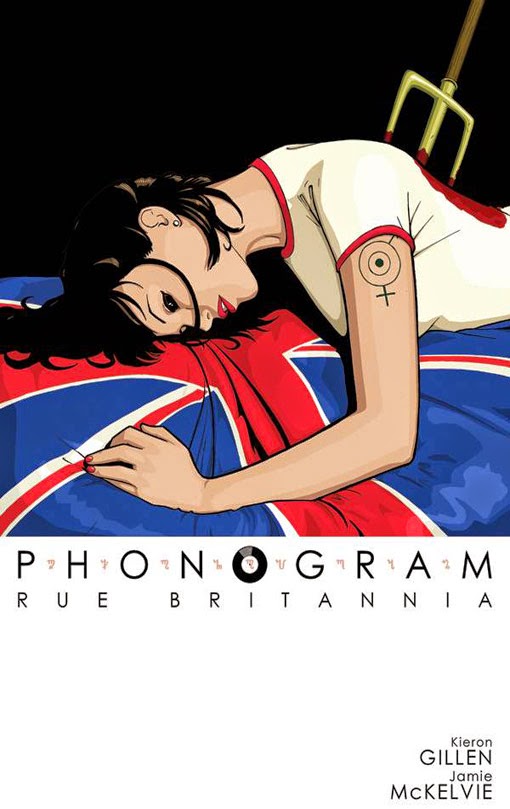 Tying in with both last month's pick and the upcoming release from indiecomics powerhouse Kieron Gillen and Jamie McKelvie, The Wicked + The Divine (out the 18th June) in the duo's early work together, PHONOGRAM VOL1! As a very special bonus, we have Kieron Gillen giving us the rundown on the series and a guest reviewer in Jess West from Fox Parse. Have a watch, have a read and see what you think.
Take it away, guys!

Okay, remember back to around 1998, maybe 1999. Think of that club you went to on Friday nights, the one with the very cheap watered-down drinks and the stack of second hand speakers surrounding the DJ booth like a castle. You walk in around 11pm, you’re wearing your best band tee and you can feel the music before you really know what’s playing. Maybe it’s the pseudo-intellectual guitar whine of the Manic Street Preachers, maybe it’s the gritty melancholic Radiohead, it’s probably some bombast big noise Blur. It’s never Kula Shaker though. Ugh. Can you remember that ‘OMGthisismyfavouritesong’ rumble in your belly? That dancefloor euphoria? That feeling that no matter how shitty your day was you’re gonna dance and drink and screw, because there’s nothing else to do-oh-ooh?

That’s the magic of a Phonomancer. Well, one in particular - David Khol. He’s the hero of this story, in as much as a real asshole can be a hero. He’s been charged with a mission (and cursed with the cramps), to save his own version of a Goddess – BritPop Britannia - and he’s going to have to use all of his wit, sleaze and eyeliner to do it. It’s a story about how music is magic, how our history shapes us and how BritPop might mean nothing, but it’s our nothing. 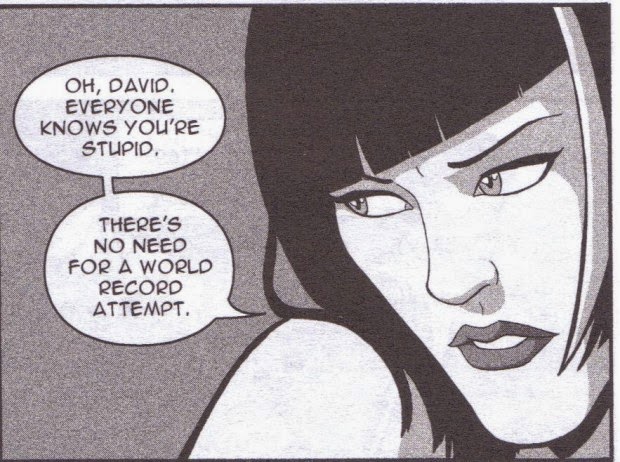 Maybe you’ve seen the work of dynamic duo Kieron Gillen and Jamie McKelvie on Young Avengers and thought ‘Wow, this art, that dialogue, I want more.’ Or you’re a music geek with a lot of opinions about Blur and Oasis and the infinite superiority of Kenickie over them both. Or you love that mix of mundane and magic that happens when a writer realises the power of pop music. Phonogram is a much cooler version of Alan Moore, a better dressed Neil Gaiman, a more aware HawkGuy, and is a better dancer than the Young Avengers, though they definitely all hang out together. Sitting in the back row in the back pages is a very relevant guide to BritPop bands, songs and references. 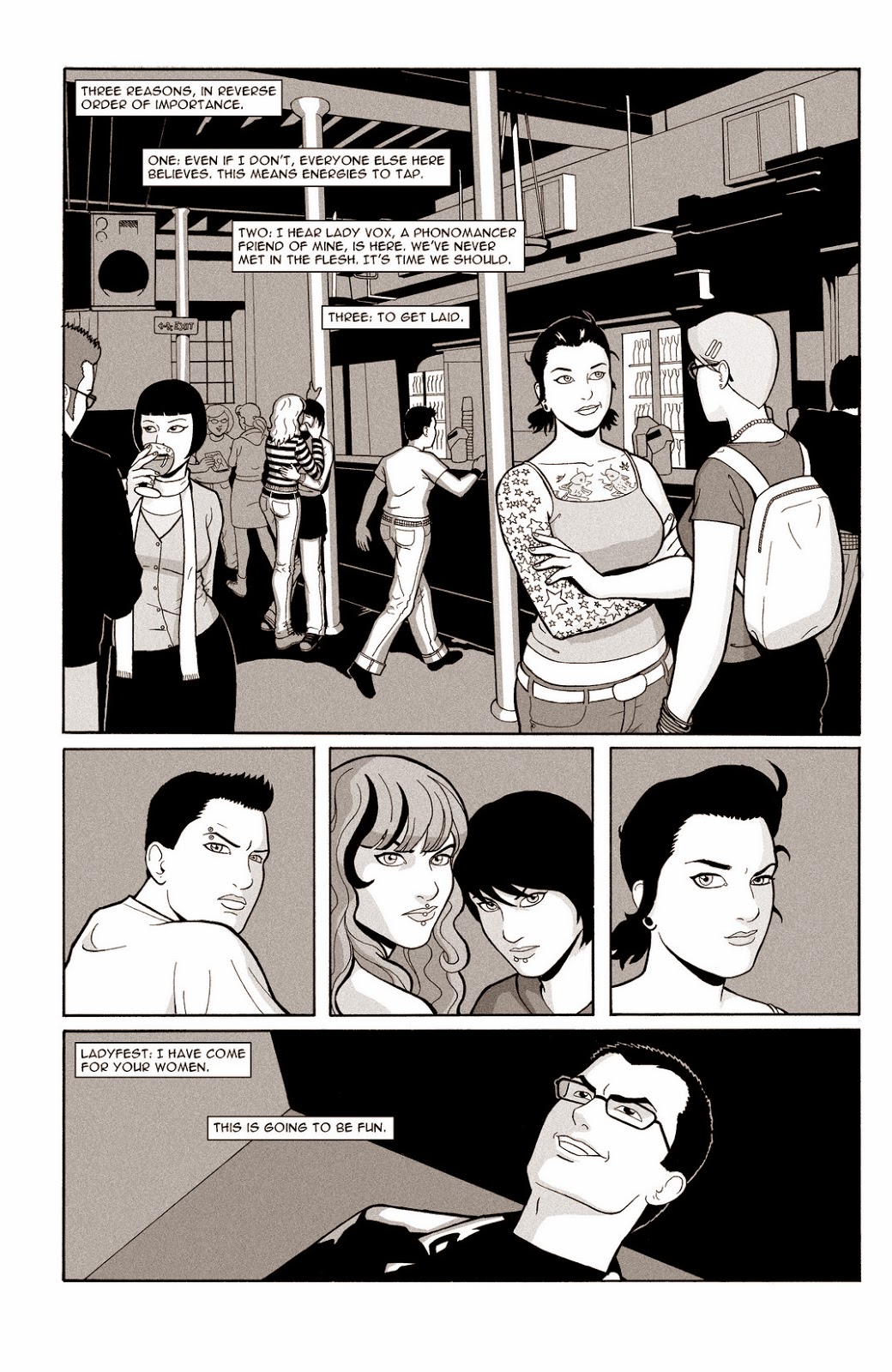 I think you should buy it, listen to this mixtape I put together for you (just you) on Spotify and read the entirety of Phonogram - Rue Britannia back to back, go back to AllStar and pick up Volume 2 – The Singles Club. Then weep a little when you realise that Volume 3 won’t be out for at least a year.

So there you have it. No reason not to check out PHONOGRAM Vol 1 with such a great synopsis from both the creator and a fan. Once you read it, remember to sign up for The Wicked + The Divine (out the 18th June)!
Again a massive thanks to both Kieron Gillen and Jess West for taking time out of their busy schedules to help us out with this Legend!

If you have any questions, you know where to ask them. You can start to buy the Legend from this Wednesday the 11th of June.

All Star Legends. The legendary titles of the highest recommendation.
Posted by All Star Comics Team at 10:08 AM