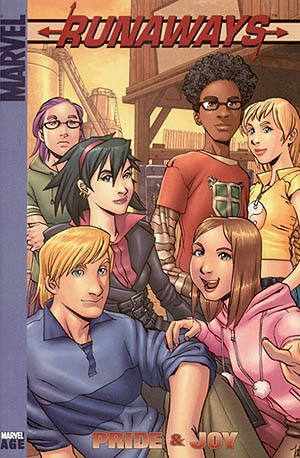 New month, new LEGEND pick! We thought with the recent good form this series' writer, Brian K Vaughn had at the Eisners and the recent re-release of this title in a larger format, the time to showcase RUNAWAYS Volume 1 Digest Format is now. Better yet, this month's Legend write up is thanks to new ASC Star, Cazz! So Cazz, over to you.

We weren’t the only winners at the Eisners this year. SAGA written by Brian K Vaughn scooped up a number of awards including best writer. The comic book world has fallen head over heals for this rad dude, and when looking at titles like THE RUNAWAYS with art by Adrian Alphona (Spider-Man loves Mary Jane) it’s easy to see why. 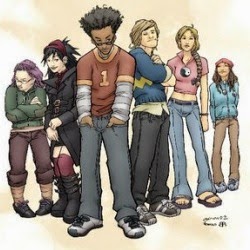 The comic begins with a group of six everyday teenagers being forced to hang out together as their parents attended a charity event. There is nothing worse then being forced to hang out with kids you have nothing in common with but that all changed after the kids learn their parents are actually a group of villains called “The Pride” with scientific and magical powers. What a bummer.

Soon after the kids learn they themselves have inherited some of their parents powers. From finding you’re an alien to having a telepathic link with a dinosaur, the group now calling themselves THE RUNAWAYS now have a lot more to deal with than school grades and pimples.

Alex, Nico, Karolina, Gertrude and Chase make the difficult decision to fight against their parents and all that is evil in this world. This group of dysfunctional kids bands together to form a dysfunctional yet loving family of their own. This epic yet grounded tale is made even more exciting with Adrian Alphona’s signature art style. Each member of THE RUNAWAYS has a distinct style. Preppy, goth, alternative friend to the dinosaurs. From fashion to the glowing rainbow around a flying alien, each page is a feast for the eyes.


We want you all to experience the awesome so it’s time for you to power up those hidden powers and grab your pet dinosaur and join us in reading a Marvel Comics classic. 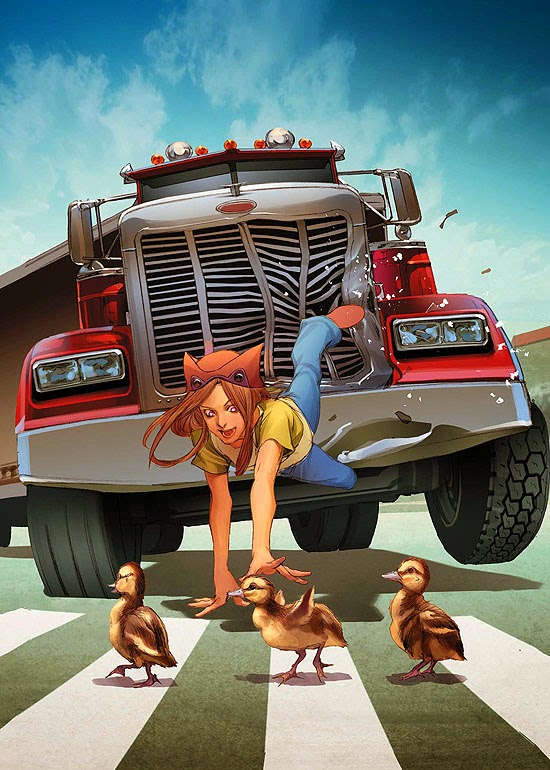 As always the ALL STAR LEGEND will be available to 30 days (or until stock sells out or a dinosaur eats it) at the discounted price. As this will be limited stock promotion there is strictly “no holds” on the legend. The early bird catches the comic. No further discount applies to the book as there is a big chance the comic will already be cheaper than the US cover price! The discount also only applies to the volumes listed, not the entire set of trades.


If you have any questions, you know where to ask them. You can buy the legend from this Wednesday 6th of August.


All Star Legends. The legendary titles of the highest recommendation.
Posted by All Star Comics Team at 12:28 PM