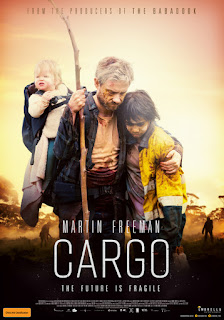 In a desperate bid to outrun a violent pandemic, Andy and Kay have holed up on a houseboat with their one-year-old daughter Rosie. When their peaceful river existence is shattered by a violent attack, Andy takes his family ashore to seek help for his badly injured wife. But this decision ends in tragedy when Kay meets a grisly demise and Andy is not only infected himself but left with only 48 hours to find a new guardian for their child, before he transforms into one of the creatures they have fought so long to evade.

As Andy travels further inland, it becomes apparent that Rosie’s best chance of survival may be with a flourishing Aboriginal community. But their merciless attitude toward the afflicted also poses a grave threat.

Andy’s fate soon becomes entwined with that of a young Indigenous girl Thoomi, who could be his safe passage into this community. But unfortunately, the girl has no desire to return to her people – she is on a quest to cure her own infected father by returning his stolen soul.

Each in their own way, Andy and Thoomi are both seeking salvation… but they will need to work together if they truly hope to achieve it.

Thanks to those worn survivors from Umbrella Entertainment and
CARGO in cinemas May 17th, we have 5 double in-season passes to the film to give away, with one lucky winner getting a Survival Kit prop from the film.
The kit comes with a survival guide, bite guard, restraining ties, hazard stickers and vaccine injector!
Everything you could possibly need and hope for to help survive a dangerous outbreak. 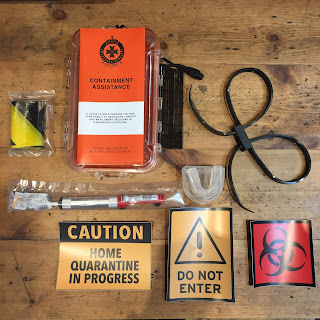 To go into the draw for your chance to win all you need to do is tell us,
"Surviving a Outback Pandemic would be a real drag if I didn't get to do it with _____ by my side." filling the blank with the tag of the person you could see yourself riding out the end of civilization with and you will be entered in the draw.

Terms and Conditions:
-Only entries made via the comments on the Facebook post will be included in the draw.
-All entries will go into the All Star Barrel and winners will be drawn at random.
-Entries close 6pm Monday the 21st of May and winners will be announced Tuesday the 22nd and notified soon after as to how to collect their tickets.

A huge thanks again to Umbrella Entertainment and

CARGO in cinemas May 17th.

For more info on screenings and session times head to:
https://www.cargo.film/
#thefutureisfragile