All Star Legend: All Star Superman Volumes 1 and 2 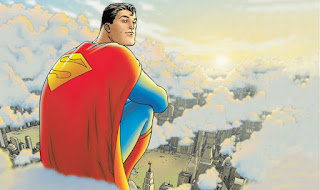 Words can hardly describe how excited we are for the release of Man of Steel later this month. It stuck us that there is really no better chance to showcase our love for one of the grandest Superman tales around in, Grant Morrison's and Frank Quitley's All Star Superman Volume 1 and 2. It would also be remiss of us not to get our resident Superman expert, Dom to write this one up, so without further ado...

Our latest Legend is All Star Superman Volume 1 and 2 for a couple of reasons, as both a celebration of the character’s 75th anniversary and the upcoming film Man of Steel. Now, bear with me here, this could get a little theoretical. 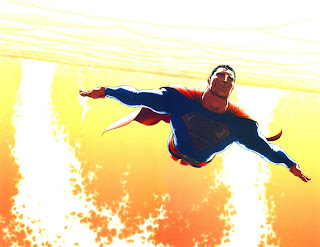 In terms of recommending material, it’s not always easy being a Superman fan. During the mid-eighties when comics started to hit their peak a lot of the wild and amazing concepts that were introduced in the previous decades started to look out-dated and silly. In a way this coincided with the rise of angst coming off the Vietnam War in the US which was a common thread in seventies cinema. Grounded crime, the domain of Batman rather than Science Fiction, Superman’s domain, was in for comics and all of a sudden, everything that the character represented looked a little cheesy. The big sign off (and in this author’s opinion, the best Superman story) for the character in a way was Alan Moore and Curt Swan’s Whatever Happened to the Man of Tomorrow. Moore, one of the key architects of the mature comics that were breaking new ground wasn’t afraid to approach the wild and often bizarre concepts that had dominated the Superman family of titles through their history.


Grant Morrison and Frank Quitely’s All Star Superman isn’t just an incredible Superman story, it's an epic tale that encompasses the complete history of the character, maintaining the iconography and unafraid to explore the limits of where the character can go. Morrison essentially did what Moore did in providing a conclusion to the character, only he has a little more breathing room and takes it to amazing heights. When a story starts with Superman saving the first manned mission to the Sun, you’re really left wondering what the limits are. Yet this isn’t just a story that is enticing to us historians of the character, Morrison is able to tell an engaging story which requires no prior knowledge of the character and helps the reader understand the core of what can make him great. 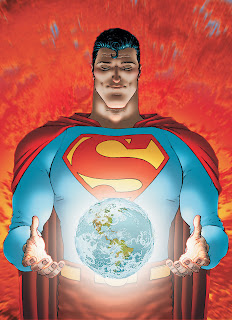 Morrison’s story wouldn’t work though without the incredible artwork of Frank Quitely. His version of Superman is perhaps best summed up in the cover of issue one and the depiction of Superman sitting on a cloud. This isn’t the standard heroic image we’re used to seeing on Superman covers, this Superman is relaxed, at peace as he watches over his city and the various elements at play in this cover tie into the story. Coming of the highly experimental panel work we saw in We3 some may have been disappointed with the sometimes sparse work in All Star but as you read you begin to understand the way this plays into the way this version of Superman feels, alien, distanced trying to wrap things up, Quitely’s detailed artwork compliments the personality of the story perfectly. 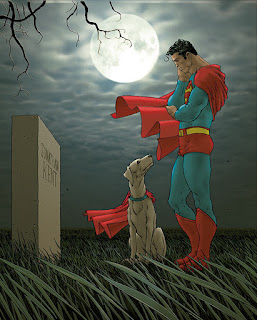 I could go on, but Mitch would kill me. If you don’t own this book already, it’s legendary, thus we feel, well worth your time.

Thanks, Dom. Clearly if you are fan or not a fan of Superman this simply is a book you need to own.

If you have any questions, you know where to ask them. You can start to buy the Legend from this Thursday the 6th of June.

All Star Legends. The legendary titles of the highest recommendation.
Posted by All Star Comics Team at 9:22 PM