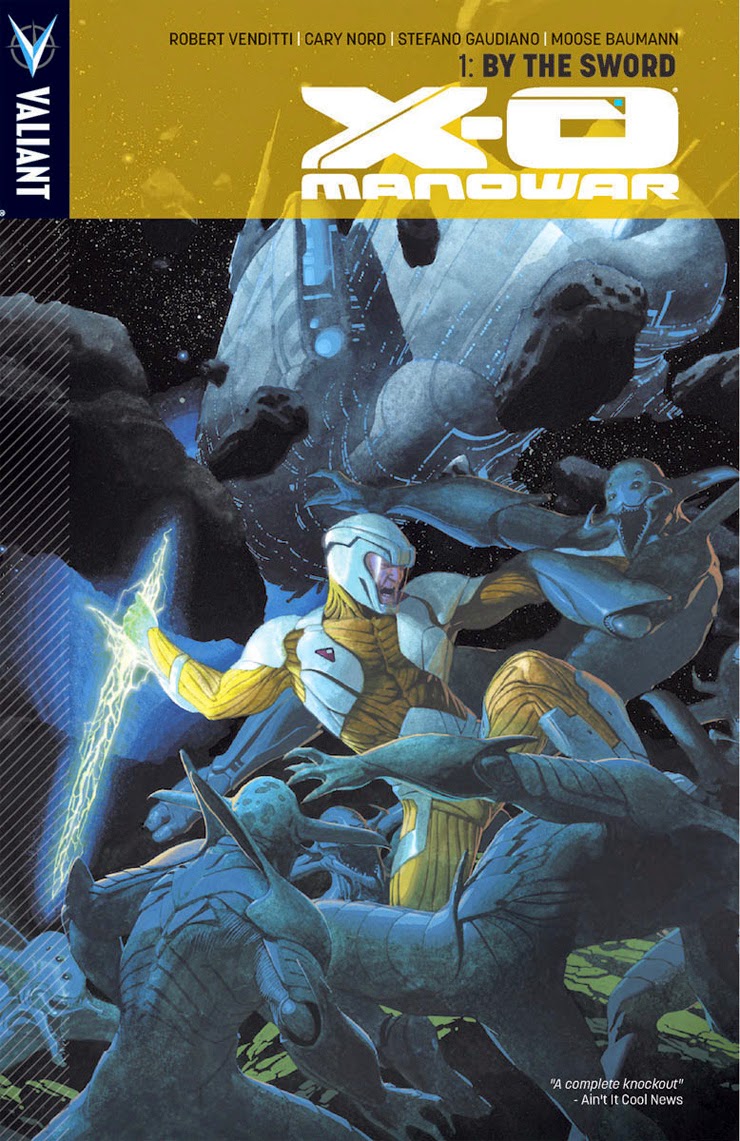 Last month saw the highly successful release of THE VALIANT #1 – an epic new adventure, featuring a cast of heroes and villains from across the Valiant Universe. With this and a host of other new titles arriving from Valiant in 2015, what better time to introduce you to the story that started it all: this month’s ALL STAR LEGEND, X-O MANOWAR VOL 1 and who better to fill you on it than Australia's biggest Valiant fan, Nathanael G! 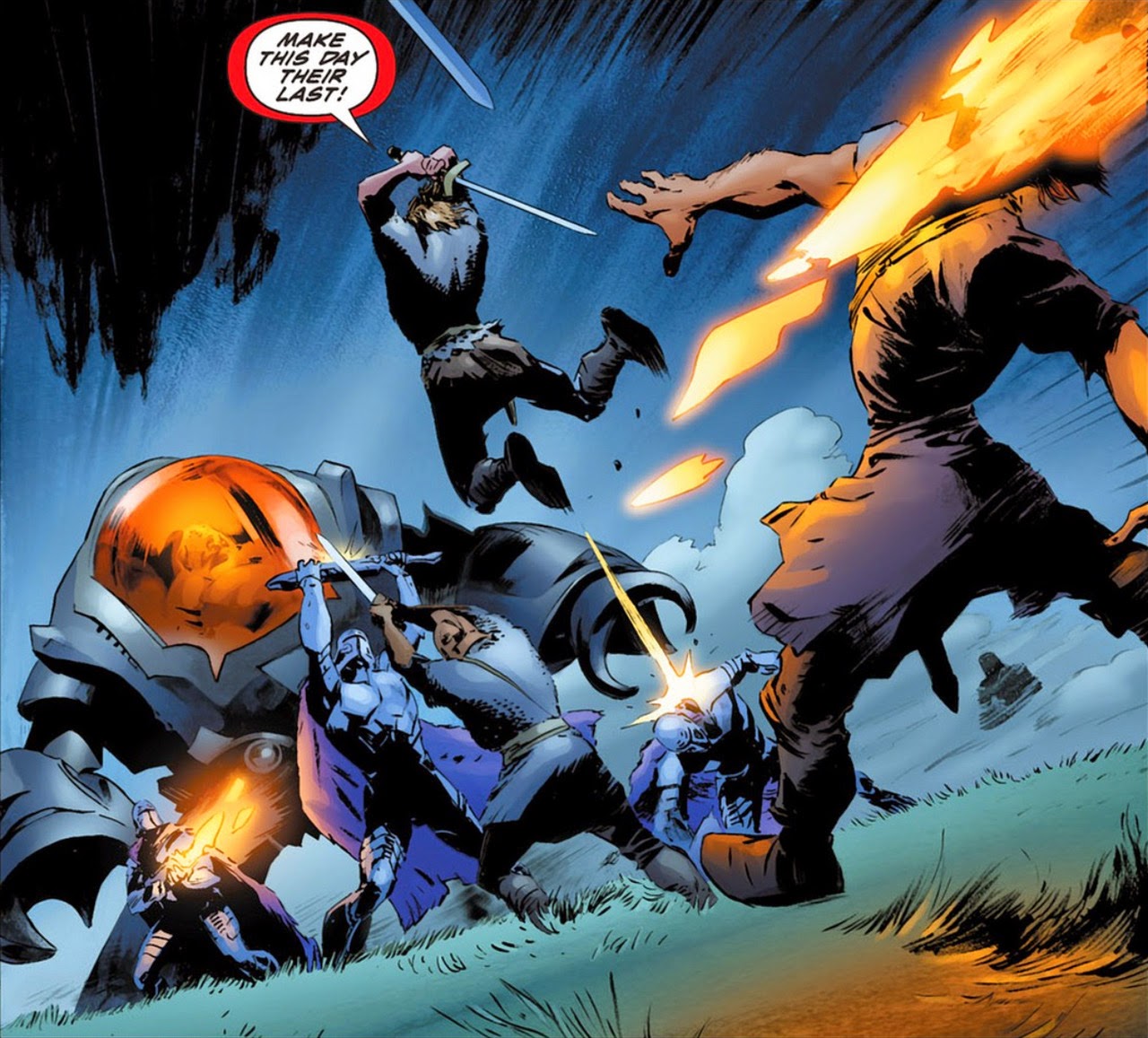 Aric of Dacia, a fifth-century Visigoth warrior is at war with the Roman Empire, until he is torn from his home and family by a far more sinister threat: a brutal race of alien colonizers known as The Vine. If Aric is to break free he must first outwit his captors and use their most powerful weapon against them: the sacred X-O Manowar armor.

The first volume of this genre-defying series is vast in scope, spanning the battlefields of ancient Europe through to the farthest reaches of outer space. Within pages the clashing of swords gives way to the flash of lasers, and historical warfare evolves into science-fiction conquest. 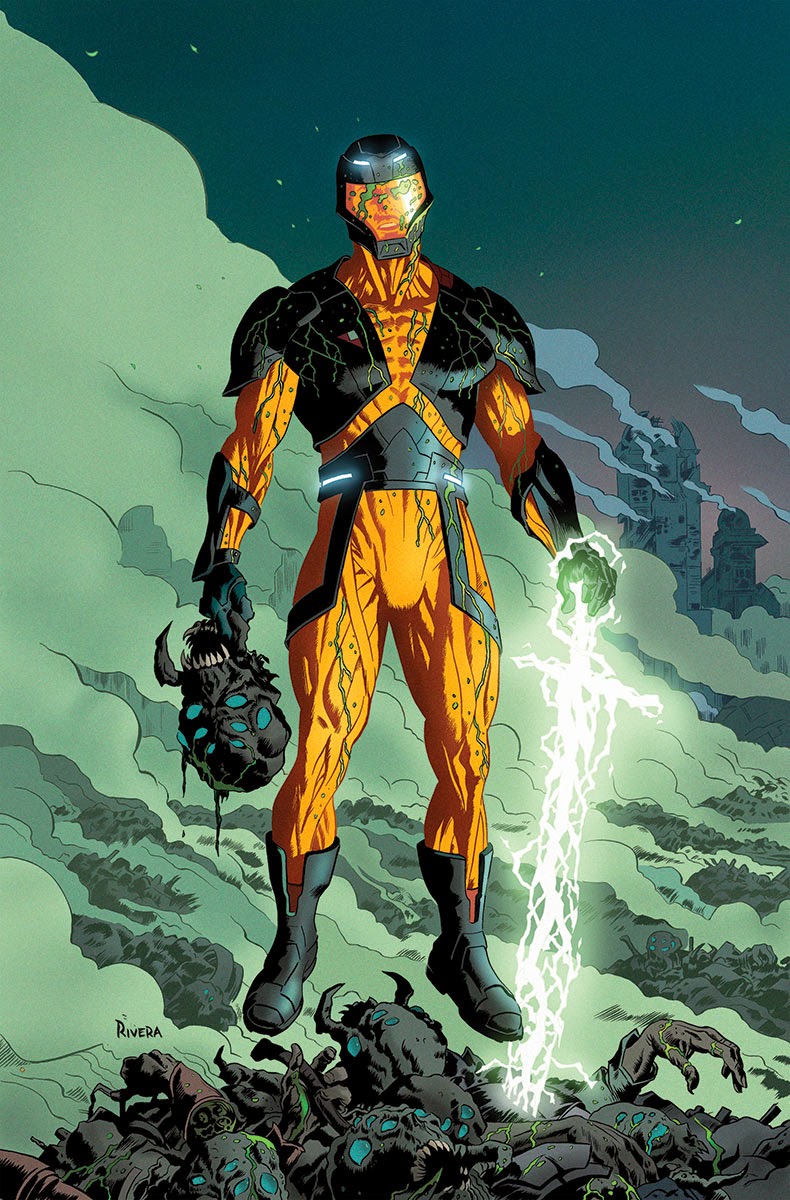 Robert Venditti’s (The Surrogates, Green Lantern) fast-paced narrative sends the brash and overconfident Aric through a series of confronting trials and wave after wave of unrelenting foes as he fights to secure freedom and begin his journey home. Eisner Award winning artist Cary Nord (Conan) takes full advantage of the onslaught, filling every issue with frenetic battles and intricately rendered set pieces that rival those of any superhero book published by Marvel and DC. 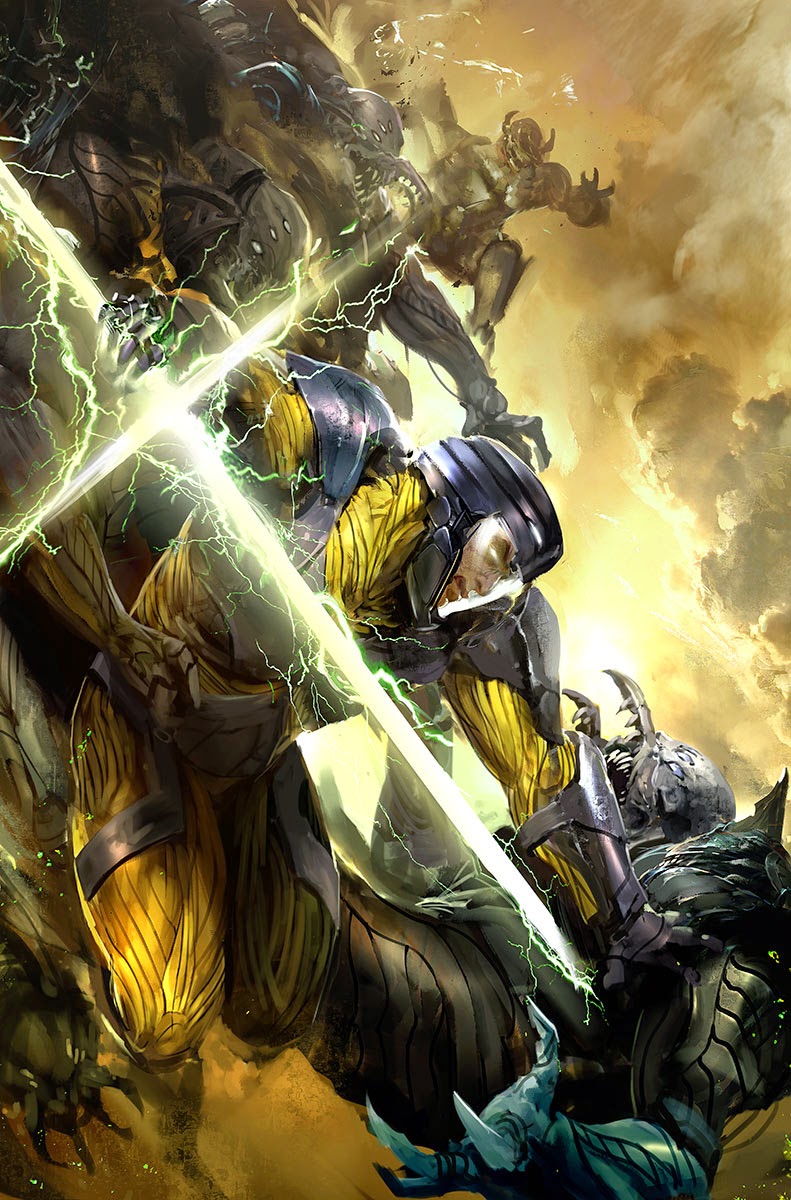 X-O MANOWAR VOL 1 is the perfect introduction to the Valiant Universe, and proof that an indie publisher can produce books with the grandeur and scale of anything by The Big Two. Readers looking for a hard-edged, character-driven superhero story with a twist or two along the way will find a home for this month’s ALL STAR LEGEND in their comic library!


As always the ALL STAR LEGEND will be available to 30 days (or until stock sells out) at the discounted price. As this will be limited stock promotion there is strictly “no holds” on the legend. The early bird catches the comic. No further discount applies to the book as there is a big chance the comic will already be cheaper than the US cover price! The discount also only applies to the volumes listed, not the entire set of trades.

If you have any questions, you know where to ask them. You can buy the legend from this Wednesday 4th of February.

All Star Legends. The legendary titles of the highest recommendation.
Posted by All Star Comics Team at 8:49 AM