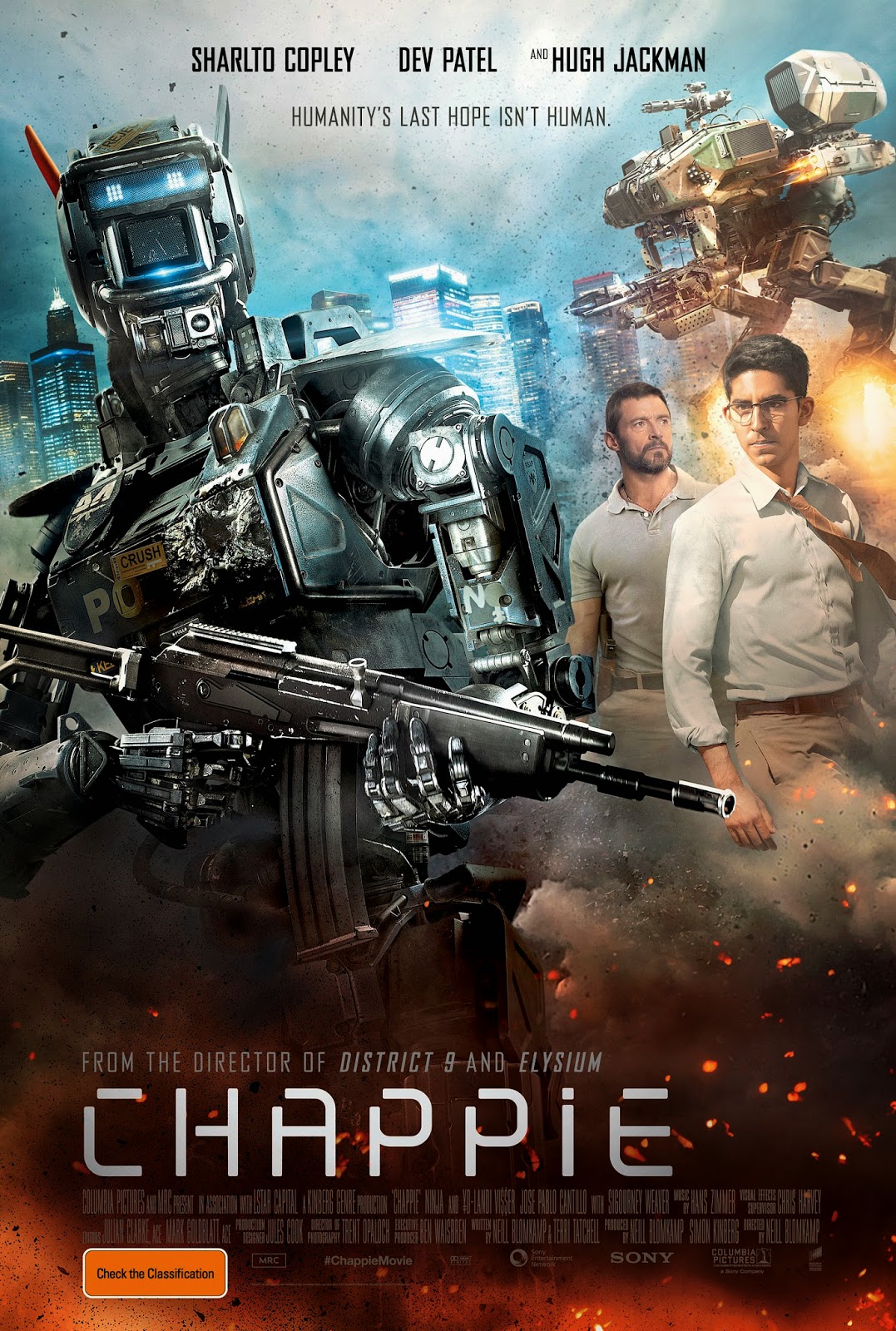 In the near future, crime is patrolled by an oppressive mechanized police force. But now, the people are fighting back. When one police droid, Chappie, is stolen and given new programming, he becomes the first robot with the ability to think and feel for himself. As powerful, destructive forces start to see Chappie as a danger to mankind and order, they will stop at nothing to maintain the status quo and ensure that Chappie is the last of his kind.

Thanks to those new age wizards at Sony Pictures and CHAPPIE in cinemas March 12, we have 5 Double Passes to a Special Preview Screening on Wednesday 11th March at Hoyts Melbourne Central at 6.30pm to give away!


To go into the draw for your chance to win all you need to do is tell us, "As the film explores interesting theme of consciousness and what it is to be alive, what would be the first life lesson you would teach Chappie once he becomes self aware?"


SPECIAL NOTE: As this prize is for a specific time and date, please only enter if you make the screening on Wednesday 11th March at Hoyts Melbourne Central.

Only entries made via the the comments on the Facebook post will be included in the draw.
All entries will go into the All Star Barrel and winners will be drawn at random.
Entries close 6pm Monday the 2nd of March and winners will be announced Tuesday the 3rd.
Tickets will only be available to pick up from the store and winner must produce photo ID upon pick up. Tickets MUST be picked up no later than a week after the draw. Any remaining tickets after this date will be given away at our discretion to make sure they don't go to waste.

A huge thanks again to Sony Pictures and CHAPPIE in cinemas March 12
For more info head to: http://www.sonypictures.com.au/movies/chappie/