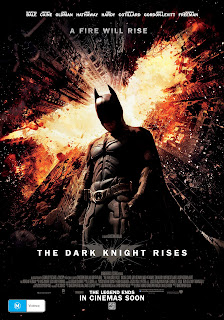 12:01 tonight people around Melbourne will be perched on the edge of their seats as the curtain pulls back on the start of the end of Christopher Nolan's epic Dark Knight vision. Nothing we say here could possibly add to the overwhelming buzz most of us are experiencing right now.

Still we wanted to celebrate the films release and thanks to the wonderful folks at Roadshow Films and The Dark Knight Rises, we have three DKR's poster packs to give away! 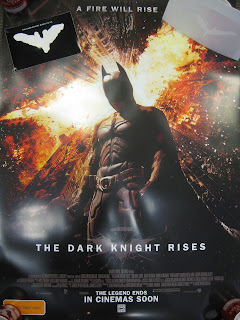 To go into the draw to win this excellent prizepack simply tell as this:
Now that Nolan's series of films has finished, how would you like to see Batman handled in his next cinema appearance?

Entries close 7pm Thursday the 26th of July. All entries will go into the All Star Barrel and the winners will be drawn at random and announced Friday the 27th of July.
The prize packs will only be available to pick up from the store from Friday the 27th and winners must provide photo ID upon pick up.

Posted by All Star Comics Team at 1:48 PM