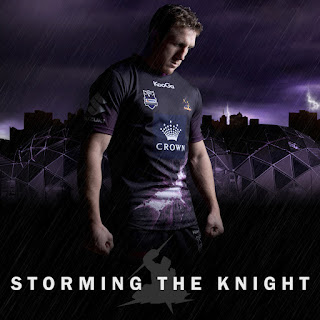 With very special thanks to the guys from Melbourne Storm, we have 15 double tickets to tomorrow night's game to giveaway.

All you need to do is show up to the store before 5pm tomorrow in some type of superhero costume and the tickets are YOURS!

While you are at the game in costume, you will be taking part in the team's Storming The Knight  promotion celebrating the release of Dark Knight Rises next week. This will also give you the chance of winning the "Best Dressed Award". The first prize, a LG prize pack of a 55” LED LCD 3D TV and LG Audio pack, valued at $4000!!! DOUBLE WIN!!!

Works out nicely as it is our Bat-Verse Photo Op Day tomorrow AND there is something about some crazy people walking through the streets of Melbourne in costume for the March Of The Dark Knights.
Posted by All Star Comics Team at 3:58 PM