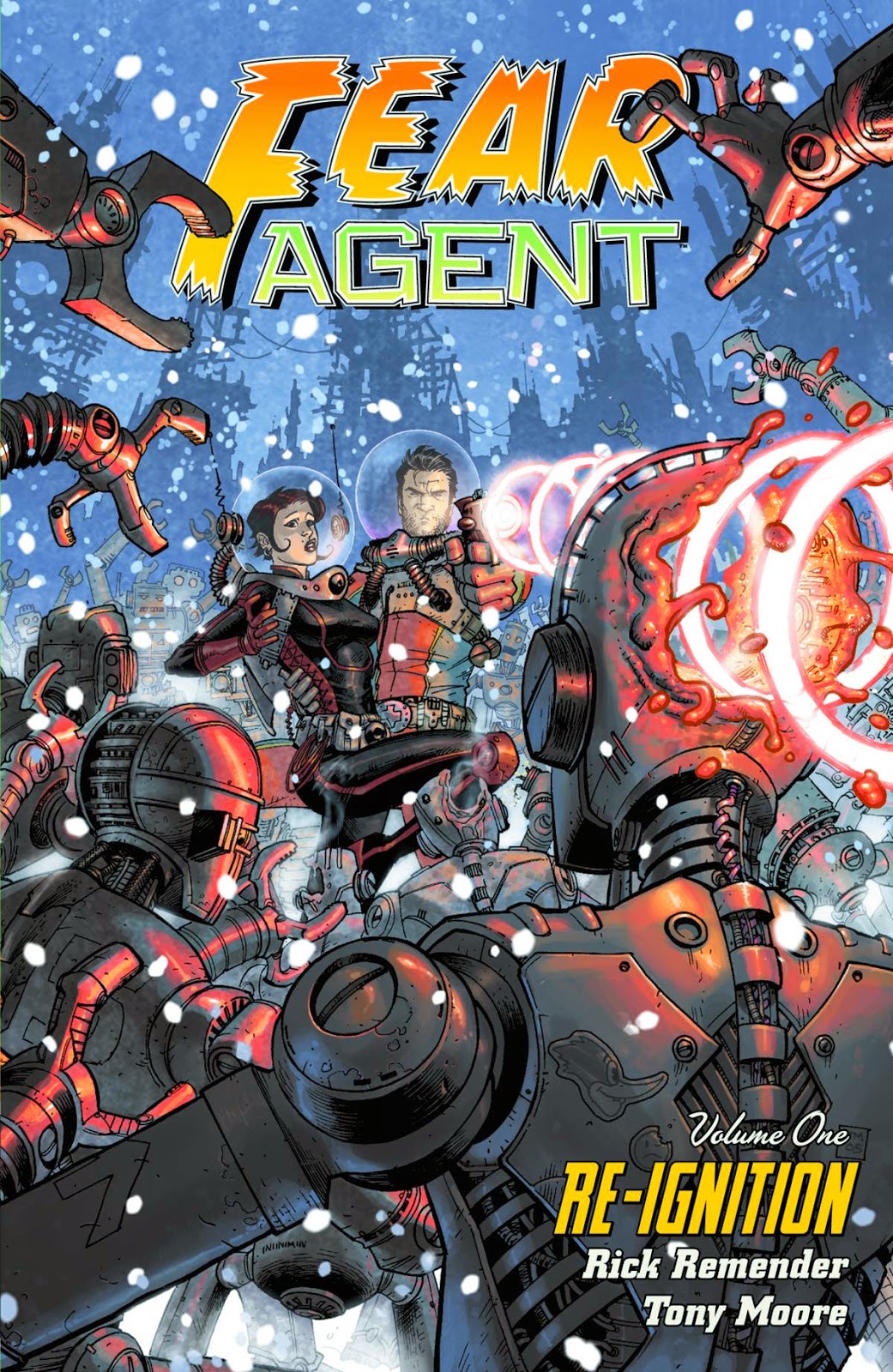 July is all ready rolling on so it's time to hit you with the next Legend pick. With Rick Remender's current roll of creator owned titles being released with great success (Deadly Class, Black Science and the soon to be released, Low), we thought now would be a great chance to showcase some of his earlier work he released with Walking Dead original artist, Tony Moore in their lovesong to all thing B-grade sci-fi and EC Comics, FEAR AGENT Volume 1. 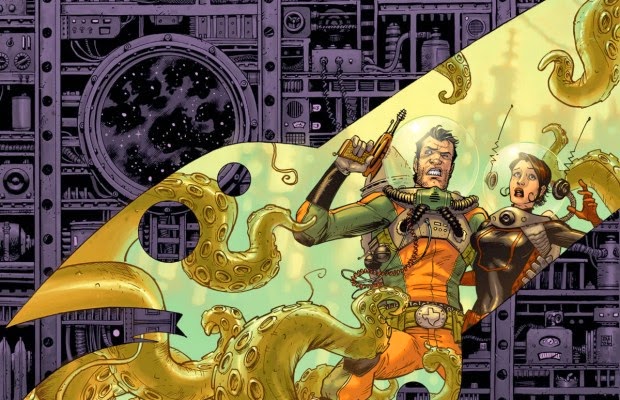 Throwing you in the deep end, we meet the story's rough around the edge's hero messing it up with alien cavemen within turns of the first pages. You quickly get the feeling that Heath Huston is a mix somewhere between Flash Gordon and Indiana Jones, a guy that has somehow managed to see it all and does his best to roll with the punches once the action starts up. A loner that is somewhat troubled by his past, Heath is thrusted back into action once he uncovers a plot to wipe out what is left of humanity. 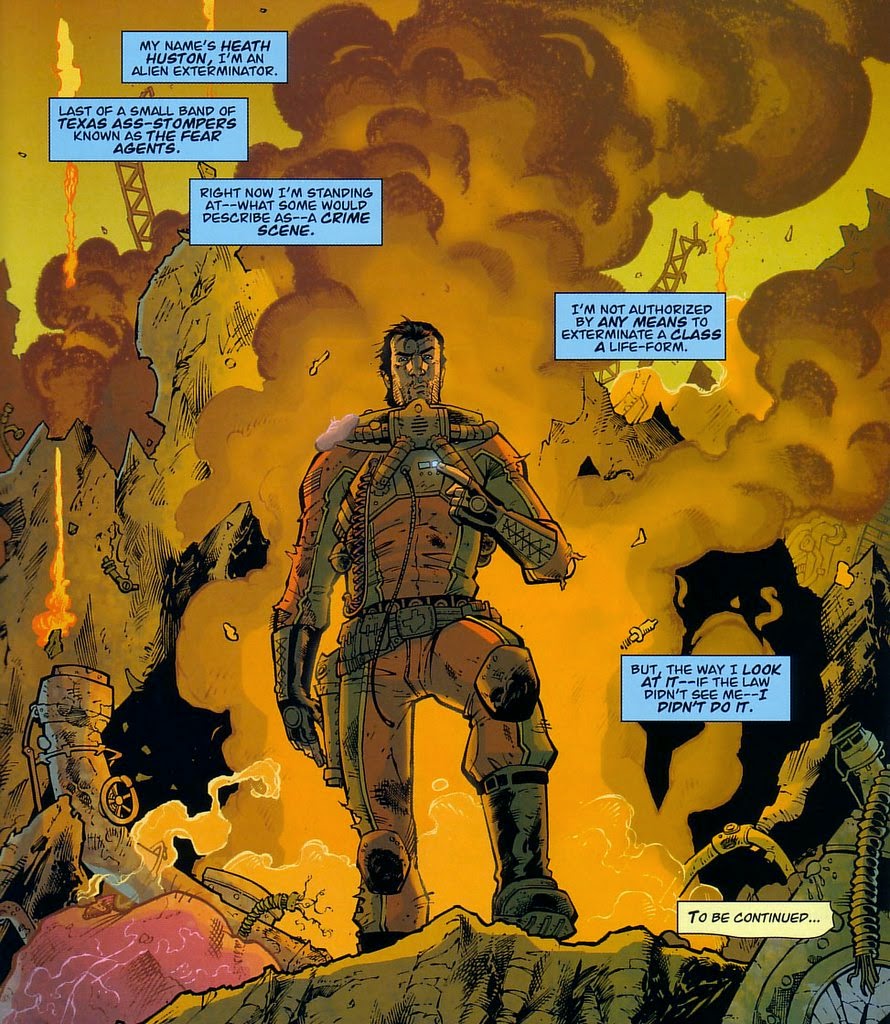 Remender's recent lead characters seem to all have one thing in common, dark and troubling pasts and Heath is no exception. Literally a spaceman, alone in his tin can, Heath is clearly dealing with some heavy thoughts. Then all awhile giving us a interesting antihero in Heath, Remender shows his love for the very best of ideas behind EC COMICS classics Weird Science and Weird Fantasy. Starting off as a couple of sci-fi shorts, the plot quickly hints at the scope of the bigger, looming threat and keeps you on edge wanting to find out more about where Heath is headed but also where he's come from.

Of course Moore's art is stellar as always, introducing us to a wide and varied range of alien species, some of which look like they might of stepped straight off the set of a late night B-grade space flick.

Clearly both creators have a great love for the books and tales this series is based on and manage to create their own Legend that will not doubt be looked upon with fondness with future readers too!


If you have any questions, you know where to ask them. You can start to buy the Legend from this Wednesday the 9th of July.