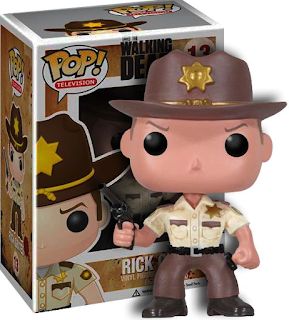 THE WALKING DEAD: SEASON 6: OWN IT FIRST IN DIGITAL HD

Season Five of “The Walking Dead” saw our group being formed into consummate survivors by the world around them... nearly making some of them into villains. To make it as far as they have – to have persevered through all of their heartbreaking challenges – they have evolved into incredibly powerful people.  But who have they become?
The last five episodes of Season Five answered that question with Rick accepting an approach of unapologetic brutality in murdering Pete, a fellow Alexandrian.
Season Six starts with Alexandria's safety shattered by multiple threats. To make it, the people of Alexandria will need to catch up with our survivors’ hardness while many of Rick’s people will need to take a step back from the violence and pragmatism they've needed to embrace. These reversals won't happen easily, or without conflict.
But now Rick’s group is fighting for something more than survival...


They're fighting for their home, and they will defend that at any cost, against any threat, even if that threat comes from within. 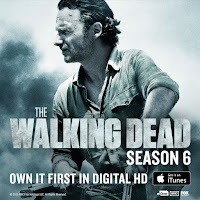 Celebrating the digital fast tracked release of Walking Dead Season 6 from October 13th, we have 3 Rick Grimes Pop Vinyl Figures to give away.

To go into the draw for your chance to win all you need to do is tell us, "Pop Vinyl figures are insanely cute and perhaps a little mismatched for The Walking Dead. That said if you had to, what would be the cutest way you would take out a zombie?"

Posted by All Star Comics Team at 9:05 AM