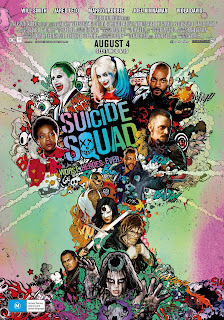 It feels good to be bad… Assemble a team of the world’s most dangerous, incarcerated Super Villains, provide them with the most powerful arsenal at the government’s disposal, and send them off on a mission to defeat an enigmatic, insuperable entity. U.S. intelligence officer Amanda Waller has determined only a secretly convened group of disparate, despicable individuals with next to nothing to lose will do. However, once they realize they weren’t picked to succeed but chosen for their patent culpability when they inevitably fail, will the Suicide Squad resolve to die trying, or decide it’s every man for himself?

Thanks to those lovable rogues at Roadshow Films and the release of Suicide Squad in cinemas August 4th, we are giving you the chance to win one of five double in season passes to see the film!

To go into the draw for your chance to win all you need to do is tell us, "If you could pick any 5 fictional villain characters to make your perfect line up of baddies, who would you pick?" .

-Only entries made via the comments on the Facebook post will be included in the draw.
-All entries will go into the All Star Barrel and winners will be drawn at random.
-Entries close 6pm Tuesday the 2nd of August and winners will be announced Wednesday the 3rd .
-Tickets will only be available to pick up from the store and winners must produce photo ID upon pick up.
-Tickets MUST be picked up no later than a week after the draw. Any remaining tickets after this date will be given away at our discretion to make sure they don't go to waste.
.

Thanks again to Roadshow Films and Suicide Squad in cinemas August 4th
Posted by All Star Comics Team at 10:34 AM