ALL STAR RECOMMENDS FOR MAY 5TH

Hi There, Welcome back. I trust you all enjoyed the wonder and the plunder to be had on Free Comic Book Day. I love how All Star Comics goes all out on the day. I neither work for the store nor am paid for my comments, so I say that with all objectivity. This crew, they’re a class act. 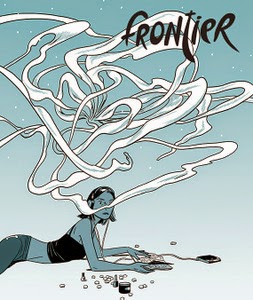 Arriving in my mail last week were the two most recent issues of Frontier from California publishers, Youth in Decline. I *adore* Frontier, which functions as something like an art-comics version of DC’s great Solo, if that reference makes any sense. Emily Carroll, last seen in this very column three weeks ago and Jillian Tamaki (This One Summer) handle issues 6 and 7 respectively. Carroll presents yet another creepy tale, “Ann by the Bed,” about a terrible murder and the subsequent gossip and Candyman-esque urban legends that survive it. Tamaki’s “Sexcoven” is a complex, twisty little number about a mysterious piece of music discovered on the Internet that causes, amongst other things, out of body experiences in teenagers. Both issues see the creators pushing the boundaries of their game and get big thumbs up. 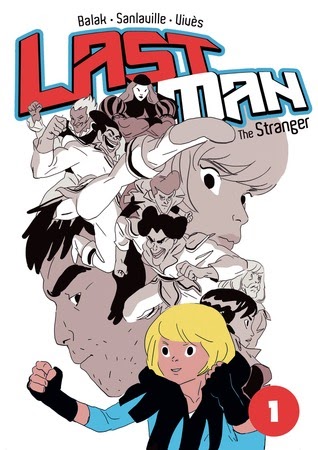 Oh, oh, I am thoroughly besotted with Last Man. Although there’s plenty of buzz surrounding it already and I feel guilty about featuring it over other equally-deserving comics hiding in the shadows, Last Man, fairly bursting with energy and charisma, has swept me off my tired, jaded old man feet.

All adorable little twelve-year-old Adrian Velba wants to do is fight in the annual Games, a martial arts tournament that features head-scratchingly odd rules, no weight classes and more freak fights than the old days of Japanese Pride. He’s one of many youngsters training for such an opportunity and although has immense potential…he’s just not very good.  As they say though, it’s not the size of the dog in the fight, it’s the size of the fight in the dog (or something) and little Adrian has fight, oh how he has fight.

Unfortunately, you need a partner to fight with in The Games, and Adrian’s falls ill. Tearfully relegated to the sidelines, Adrian receives a second chance with the arrival of the tall, dark, handsome and very rough Richard Aldana. Richard’s freshly arrived from who knows where, knows nothing of the rules nor the elemental magic that’s as integral to one’s fighting ability here as his/her ability to swing mitts. Richard Aldana has come to fight, though, make no mistake and also possibly make some moves on Adrian’s single mum. He’ll have to get in line there though.

I occasionally gripe about how I think publishers First Second do themselves a disservice by keeping all their books in the same slightly-oversized manga format, however it’s the perfect way to present Last Man. The story is manga-ish in concept, sure, and Balak’s fluid fight scenes and the exaggerated physicality of his characters is certainly also reminiscent of any number of fight-mangas you could name.  However, Last Man is distinctly European in its art, without a speed line to be found. Characters either appear fully fleshed out or disappear almost to the point of abstraction depending on the needs of a sequence and which particularities within it that Balak wants a reader to pay attention to. The looseness of the lines encourages a fluidity, a grace and, perhaps subliminally, also urges the reader quickly forward.

Last Man is a ridiculously fast paced read – its 200 pages blow right by. I devoured it and then went back through it to truly admire the craft of the creators. Balak has come from not just comics but animation, making the seemingly effortless pacing of the pages more understandable. His collaborators, Sanalaville and Vives, give each character distinct characteristics and voices and keep the world-building to an absolute minimal necessity.

Political intrigue is also hinted at, but this first volume of Last Man is very much about its characters, their interpersonal relationships and, of course, the action. Perhaps the highest praise I can give the book is that, incredibly, Adrian’s pluck, nor his tears, nor his courage become off-putting or schmaltzy at any point.

Odds-on contender for most charming comic of the year, there’s almost as much heart in Last Man as there is fight. Brimming with personality, gorgeous but offbeat art and a page-turner of a story, sign yourself up for all forthcoming installments of this particular tournament. I personally, cannot wait to see how it plays out. 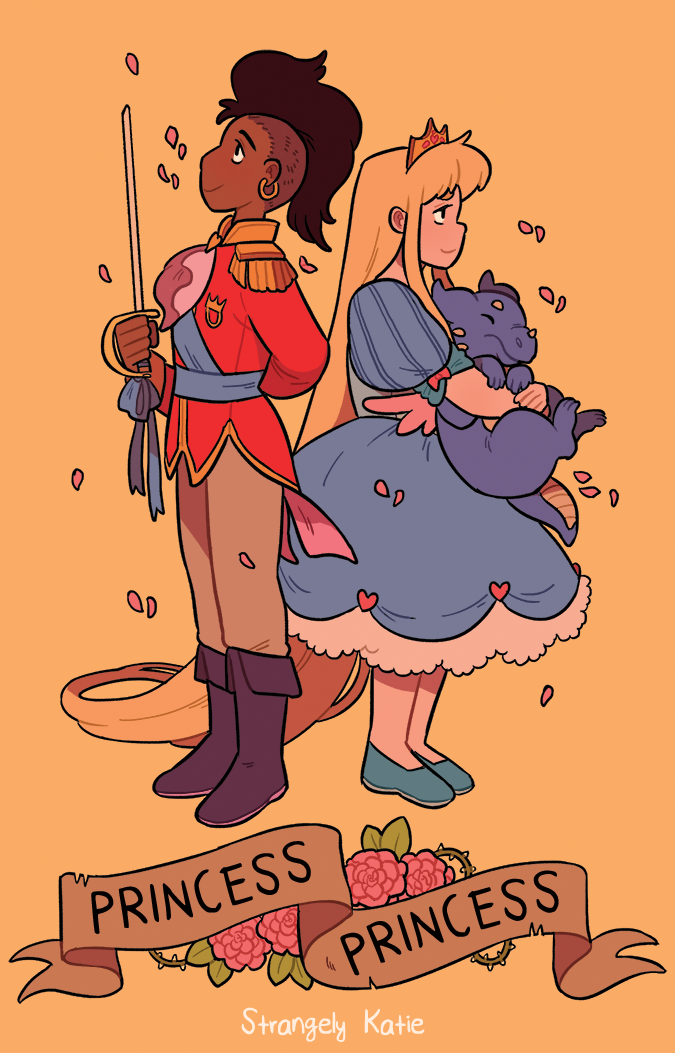 WEBCOMIC OF THE WEEK : PRINCESS PRINCESS  BY KATIE O'NEILL

Sadie is a Rapunzelesque Princess trapped in a tower. Princes have tried and failed to rescue her. Enter Amira: sword-wielding, unicorn-riding Mohawk-having princess who’d much rather go on heroic adventures than marry to further some notion of upper class royal bloodlines. Amira, having never met a tower she couldn’t climb, has a novel approach to freeing Sadie, and once they both have their feet on the ground once more, there’s only one thing to do: have more adventures. Beautifully illustrated in a cartoonish style with vibrant colours and cracking dialogue, Princess Princess is a wonderful example of both diversity and fun in comics done right.

COMICS VIDEO OF THE WEEK : WHAT IF MAN OF STEEL WAS IN COLOR?

That’s all I have to say about this (except that I snagged it from Comics Alliance).


ALL STAR UPDATED
We have just been informed that this video was in fact created as a comedy piece as a comment on the film's "darker tones". In any case the film may have won over more fans had it actually had a more "lighter" approach, so the videos reasoning is still pretty valid.

Cameron Ashley spends a lot of time writing comics and other things you’ll likely never read. He’s the chief editor and co-publisher of Crime Factory (www.thecrimefactory.com). You can reach him @cjamesashley on Twitter.
Posted by All Star Comics Team at 1:23 PM