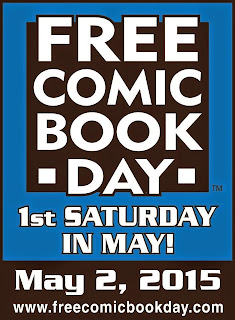 It's been a week since our fifth FREE COMIC BOOK DAY celebration and thanks to everyone that made it along, it was our biggest and best event to date!
As it turns out we still have some titles left over and we've been thinking of what exactly to do with them. Since we view FCBD as the best possible chance to introduce new and younger readers to the wonderful world of comics, we thought that primary and secondary students would be the best possible recipients for some of this remaining books. So we came up with the SCHOOL LIBRARY ALL STAR FREE COMIC BOOK DAY GIVEAWAY!
What we have to give away to six lucky schools (3 Primary, 3 Secondary) is a selection of these FCBD titles to use how they see fit, readers for the library, inspiration in the art room, rewards at reading time. The options are endless and these books will ultimately be making it into the hands of those who they were originally intended for!

HOW TO GET IN YOUR SCHOOL IN THE DRAW TO WIN!
All you need to do to get your school into the running to win these incredible comic lots is help celebrate those unsung heroes of any school, the librarians and their headquarters, the school library!
Enter the draw by submitting a photo of your school librarian who works so hard to introduce you to the world of the written word or photos of your school library itself and what makes it cool and a place you want to visit.

Entries can be made by sending photos of either your school librarian or library to all.star.comics@hotmail.com or by Private Messaging photos through to the store's Facebook page. Please include your name, your school's name and a note saying the photos are ok for us to post. 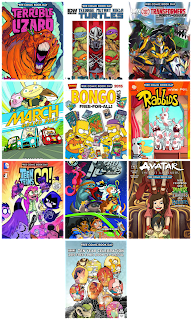 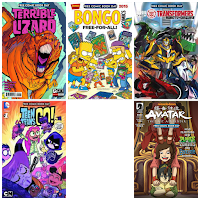 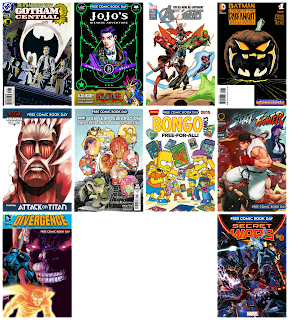 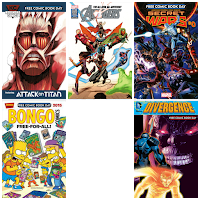 Terms and Conditions:
Only entries made via the Store Facebook Private Messages or entries sent to our email address, all.star.comics@hotmail.com will be included in the draw.
All entries will go into the All Star Barrel and winners will be drawn at random.
Entries close 6pm Monday the 18th of May and winners will be announced Tuesday the 19th.

Pick up of prizes will be organised after we speak to the winning schools.

So if you want to be the school hero by winning you school a huge selection of excellent FREE COMIC BOOK DAY comics, speak to your school librarian and help put them in the spotlight for doing such a great job in getting folks reading!

Posted by All Star Comics Team at 3:42 PM