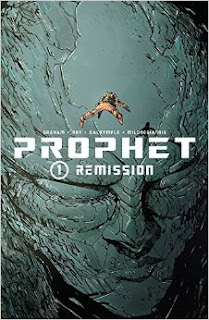 Brandon Graham (, Multiple Warheads) seems to be one of those writers that immediately forms a cult following, with two very interesting projects, 8House: Archlight and The Island magazine coming out soon it was an easy choice for this ALL STAR LEGEND, Prophet TP Vol 1 Remission.


Graham's decision to revive an old character by Rob Liefeld from Image's back catalog was either crazy or a stroke of genius. 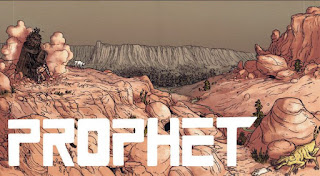 On distant future Earth, changed by time and alien influence, John Prophet awakes from cryosleep. His mission: to climb the the towers of Thauili Van and restart the Earth Empire. News of the Empire's return brings old foes and allies out of the recesses of the vast cosmos.

Here starts the struggle of John Prophet as he battles across the cosmos in an epic Sci-Fi that feels like a modern space Conan. Don't expect to know what's going on straight away but stick with it and you'll be rewarded with dense, heartfelt story that spans space and time. 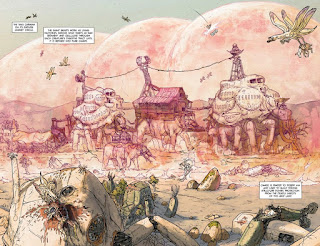 Graham has an uncanny knack of creating densely layered prose, drip feeding you elements of a greater picture. The first story arc focuses on a John Prophet and his preordained quest. Graham's pacing is fragmented with dense storytelling and frenetic action, keeping you on your toes until he gives you a glimpse into the vastness of this universe. 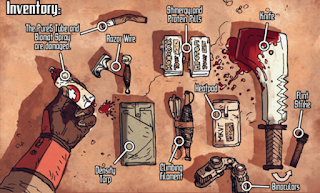 With a rotating roster of artists, the flow of panels seamlessly interlocks with the story. Simon Roy (The Field, The Island magazine) tackles the first arc, immediately establishing the frenetic action and perilous organic world with maniacal line work and generous background detail. Farel Dalrymple (The Wrenchies, It will all hurt) slots in next as Graham shifts to a new John Prophet and a new story thread, followed by Graham himself and Giannis Milonogiannis (Old City Blues) completing the final piece of the puzzle.


The book feels like there is a lot going on, yet each thread of story has a natural flow that is emphasized by each individual artist's style. Graham manages to weave them all seamlessly into a grand space opera. If your a fan of Sci-Fi or if you just want to read intelligent writing that's not limited by a single artist, it's worth checking this out while it's an ALL STAR LEGEND.

If you have any questions, you know where to ask them. You can buy the legend from this Wednesday 8th of July.

All Star Legends. The legendary titles of the highest recommendation.
Posted by All Star Comics Team at 4:00 PM