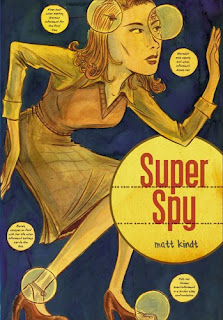 With the recent re-release of Pistolwhip, the conclusion to Mind MGMT and the pending release for the re-collected 2 Sisters, Jimmy demanded that the next All Star Legend be Matt Kindt's Super Spy.

Set in the same world as 2 Sisters, Super Spy reads like a collection of short stories about the everyday life of spies during World War 2, jumping backwards and forwards between the different characters, willing or not to play their part. 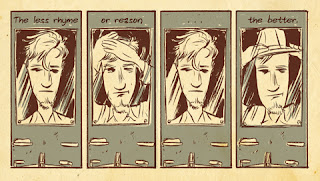 As you go from story to story characters return and weave their way around and through each other in unexpected ways. You’ll often find yourself flipping backwards and forwards to see where and how a characters impact will take effect.

Matt Kindt's art fits his story telling and setting perfectly. He goes above and beyond crafting each story, changing the layout of the story as needed, be it through a telescope lens, a childrens book, geographical maps or newspaper strips, each adds an extra depth to the character being followed. The same can be said about the intermittent use of water colours. 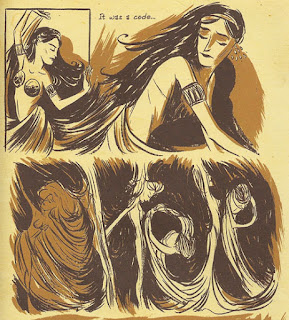 His art is often used to draw your eye towards and away from the hidden codes and interactions as necessary, adding extra depth to the mysteries in side. Alongside this, Kindt often uses ‘x-rayed’ sections to show the hidden codes and tools of the spies in the stories, as well as cross-sections of physical replicas of equipment, which you can view HERE.

As per Mind MGMT, very little of this book is wasted, even the front and back covers tell a spies story and motivations, as well as the dossier numbers associated to each chapter providing the reader with a second way to read the story. You are definitely getting your money’s worth with this months Legend pick!

If you have any questions, you know where to ask them. You can buy the legend from this Wednesday 9th of September.

Posted by All Star Comics Team at 4:37 PM