ALL STAR RECOMMENDS FOR SEPTEMBER 8TH 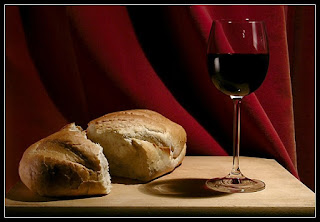 I drank a bottle of wine with Becky Cloonan last Friday, the moral of which is this -- KIDS: You CAN achieve your life’s goals with perseverance, discipline and faith. Seriously though, how amazing was she? She blew into town and left with the key to the city and all of our hearts. Come back soon, Ms Cloonan… 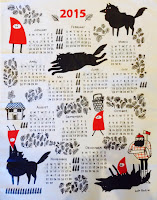 By the looks of this Kate Beaton calendar, I will likely be well on my way to Japan by the time you read this.  “Say it ain’t so, Cam!” I hear you scream at me through your screens. Never fear, I am putting the finishing touches on the next two weeks’ columns and I shall be bright-eyed and bushy-tailed and ready to ramble on about my visit to Tacho-che(!!) when I get back. Puro-Resu fans also take note when watching NJPW Road to Destruction, September 11th from the mighty Korakuen Hall, for this skinny, pasty gaijin shall be there, five rows deep, hoping Katsuyori Shibata doesn’t mistake me for the emaciated, reanimated zombie corpse of Bruiser Brody and kick me in my beardy face.

But enough violence. This week’s comic is all about love! 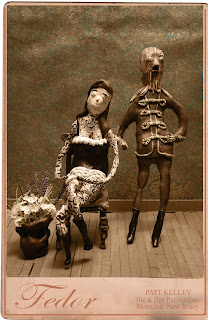 COMIC OF THE WEEK : FEDOR
By Patt Kelley
Published By Hic & Hoc Publications

“I want to be the water in the tub. The smoke in her lungs. The ink on her skin.”

The unlikeliest of feel good romance comics, Fedor is Patt Kelley’s remarkable re-imagining of the lives of star-crossed circus freak lovers, Jojo The Dog-Faced Boy and Helena The Tattooed Lady. Spanning over twenty chopped up and re-assembled years, Fedor is a touching, adorable and occasionally truly poetic look at how powerful true love can be as it spans time, distance and physical abnormality.

Jojo (real name Fedor Jeftichew) was not only a real man, but also one of the more famous circus freaks of all time. Dubbed “The Dog-Faced Boy” by none other than legendary circus promoter PT Barnum himself, the photo Kelley includes on the inside back cover of Jojo reveals the closet thing to a human Chewbacca imaginable. I don’t say this to be mean, but it’s seriously the closest, most obvious reference at hand. However, the picture also reveals a pair of dark, soulful eyes and, perhaps I’m romanticising here, but a kind of quiet dignity and an inner peace that myself and I suspect many of you struggle to keep.

I also suspect that Kelley noted this as well as he presents Fedor as a smart, sweet and articulate suitor for young Helena, a girl who somehow won the genetic roll of the dice despite the fact her father is The Reptile Man and her mother The Bearded Lady (and what a “normal” and loving family unit they are).  Fedor and Helena’s interactions are sweet and tender from the start, their connection and increasingly romantic attachment to one another deftly communicated by Kelley.

The book opens in Paris, 1904. Fedor has shaved his face down, allowing him to pass through crowds essentially unnoticed. He has come to meet Helena, from whom we quickly learn, he is frequently estranged as the two travel in different circus circles.

“You look funny,” Helena says, seeing her lover’s face for the very first time, her uncertainty only alleviated once they retreat to a hotel and she can unbutton his shirt, bury her face in the fur of his chest, and say, “There you are.” It’s an odd moment, but a perfectly tender and believable slice of honest interaction between two long-separated lovers.

From here, Kelley bounces through the years, from 1884 where the lovers first meet in London at a show, all the way back to 1904. We see their romance bloom, repeatedly halt and falter along the way, and the changes that the years bring upon personality and physicality.  Kelley’s blobby, scrawled cartooning captures the sweetness and sadness of his tale perfectly. His pages created with water colour and digital ink and the olde timey feel of his light tan pages have the essence of faded daguerreotype about them, adding further atmosphere to the retro sailor tattoos, corsets, suspenders and top hats he costumes his characters in.

One can only hope that the real Fedor had as much love in his life as Kelley allows him in this comic.  At any rate, I’ll take this fiction over the truth any day of the week, for Fedor has the ring of hope about it, not just for its characters, but anyone struggling with the tyranny of distance and the cruelty of time apart.

Have at this one with gusto, hopeless romantics. 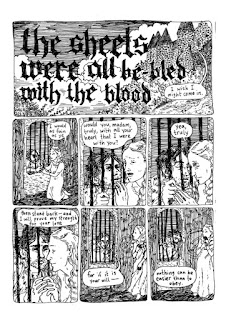 WEBCOMIC OF THE WEEK : THE SHEETS WERE ALL BE-BLED WITH THE BLOOD
By Julia Gfrorer

I hope your heart has room yet to swell, because love conquers all again in this week’s webcomic by the returning Julia Gfrorer.

Adapted from a 12th century poem, Lancelot, The Knight of the Cartby Cretien De Troyes, Grfroer, in just two gorgeous, scratchy pages, illustrates the lengths the Sir Lancelot went in order to rescue Queen Guinevere from abduction in The Sheets Were All Be-Bled With The Blood.  It’s Lancelot’s love for this Queen, and hers for him, that enables the Knight to burst through her barred window. “…if you refused,” he says from his knees, staring into her eyes, “the way would have been impossible for me.”
**sniff** 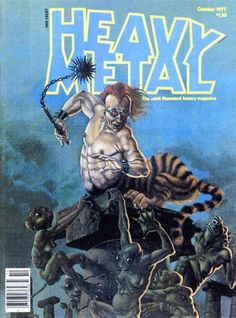 But enough embracing and kissing and junk. Bug-eyed goblin creatures with potbellies and droopy breasts claw at a mace-wielding, goggles-wearing, punk rock, half-man, half-tiger! Yes, it could only be the cover to Heavy Metal’s October 1977 issue by Jean-Michel Nicollet.

If that’s not enough, you can also “Drive the sound that drives your parents wild,” according to an ad for Panasonic car stereo systems, which appear to have had the approximate weight of your average passenger.

As always, I can’t pass up an opportunity to drool over the editorials.  This issue, the mystery wordsmith says that the 16 Moebius pages within, “…should remind us that reality is for people who can’t face drugs.”  Who are you, oh-unnamed editorial writer? The world of periodicals is poorer for your silence…

What’s that? Comics? Yes, here there be comics. Not only comics but also a short story from Theodore Sturgeon (More Than Human), proving once again that this magazine rubbed shoulders proudly alongside the greatest fiction periodicals of not only that day, but any. “Mesmer-Eyes,” begins Sturgeon’s “The Singsong of Cecily Snow,”making it immediately the most Heavy Metal thing ever in just its first word.

This luminously-prosed story stars master seducer Bulbul Byo, whose “score so far was sixty-six successful satisfactory seductions, thirty-seven shattered lives, six suicides and fourteen thousand nights of bitter tears,” as he tries it on yet again, this time with the ravishing Cecily Snow. Sturgeon’s prose is alliterative and mesmerising, conjuring a near-trance state of words roughly equivalent to staring at some of Richard Corben’s skylines from “Den” for far too long. Sturgeon’s absorption and regurgitation of the HM aesthetic in prose-form is remarkable and this issue should be sought out for this story alone.

The legendary “Airtight Garage” by Moebius begins this issue, but as the waffle is strong with me this week (sorry), so we’ll save it for next time where it continues onward, as it’s not only fascinating as a text, but has quite the creative backstory.

But, holy shit, here’s Angus McKie with his slick, airbrush-sheen pages appearing in HM for the first time. “Jetman” is the short little story of a fighter pilot who is forced to eject from his jet with such ferocity, McKie makes it look like a mighty ejaculation.

“Turod” by Iso Kahn and Phil Rosilio is notable for the fact that it may possibly be one of the first attempts at westernising the manga aesthetic. Rosilio’s androgynous characters have huge, shoujo style eyes and sleek, waifish bodies.  The story’s lovers journey to a place where “time and space are united in permanence.” Tezuka-ish angels descend from an ornate skylight as the two lovers become one and the beams of light that emanate from their now singular form become portals to a utopian, matriarchal realm where our nubile angels travel to live forever, to swim, sunbathe and strum lutes…pretty much in the nude.

I swear I’m not making that up.

In true magnificent “Den” style, Richard Corben gets his character imprisoned and laid, before he flees, only to tumble yet again into calamity (a waterfall spill this issue). The seams of Corben’s formula are so well worn at this point they are really ready to rip, but here I am, clutching to the stitching and begging it to hold.

“Operation Omega” by Leblanc and Lire is Alex Raymond’s Flash Gordon with as much muff as sleek Mongo-designed rocketship, so I give it a hearty thumbs-up and hope for more saucy retro-ness from these creators in future issues. 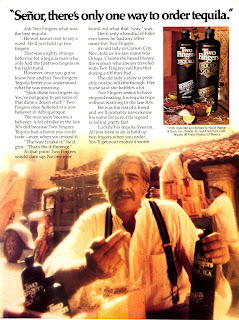 Rejoice Earthlets! The Judge Dredd Mega Collection has hit down under! Released in fortnightly hardcover graphic novels, the spines of which will form a massive character line-up, the collection will take in every classic moment from not only the titular character’s near forty year history, but also include every great other moment from the Dreddverse (so no Zenith, Strontium Dog, Rogue Trooper, etc) – Judge Anderson, Devlin Waugh, Missionary Man and many more – it really is the collection and the format I’ve been praying for.  Rush to your newsagent just like teenage Cam did many, many moons ago to get your dose of Mega City Madness.

In honour of this moment, here’s a super cool video featuring every cover of the comic’s first thirty-five years, also including assorted spin-offs, merchandise and more, as chronologically released. A mighty, supremely glorious nerd effort, this video…