ALL STAR RECOMMENDS for 7th of April 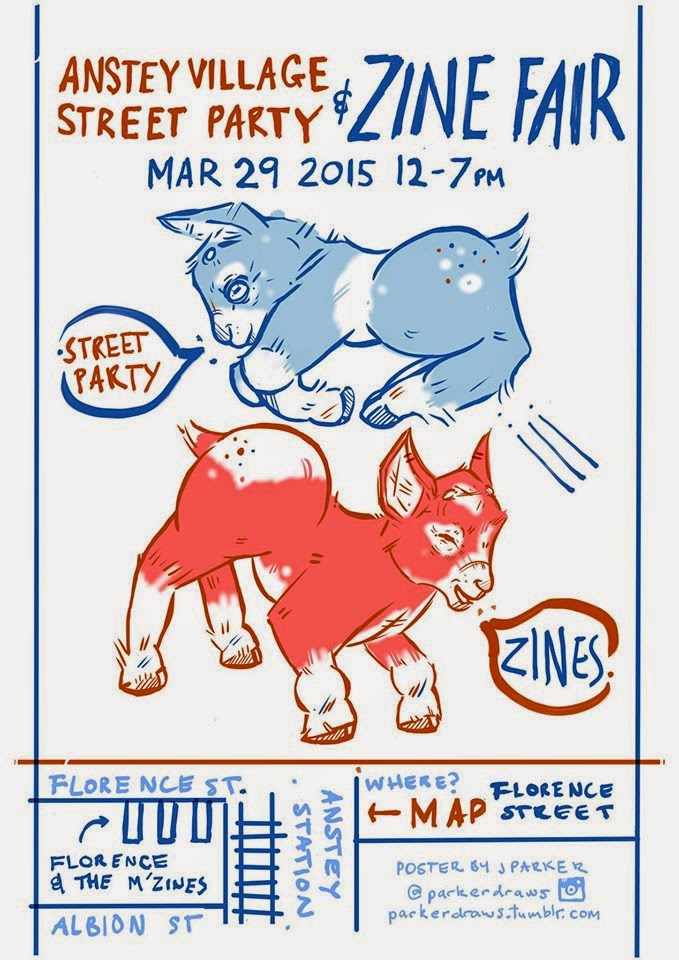 Hi there, you lovely person. Thanks for stopping by.

Held on Sunday, March 29th, the Anstey Village Street Party and Zine Fair was exactly the kind of thing I hope we see more of in Melbourne. I popped along and foundVfriendly local creators quite eager to discuss their wares. Surprisingly, there was a guy selling a bunch of Retrofit comics that he’d brought back from SPX. From him, I managed to finally snag of copy of Josh Bayer’s Theth, which in typical Bayer fashion left me uneasy, awed and a little sad in a way that few comics are capable of.

Also in attendance was Ashley Ronning, whose Deep Space House Plant I picked up. It’s a beautiful little zine, something I can imagine being put out by Youth in Decline for their excellent Frontier series. Featuring images of odd and obsolete pieces of technology being colonised by alien plant life, Deep Space House Plant is coloured inluminous pinks and greens and comes Risograph printed. It’s a great little art-comics object. Thumbs up, Ashley. 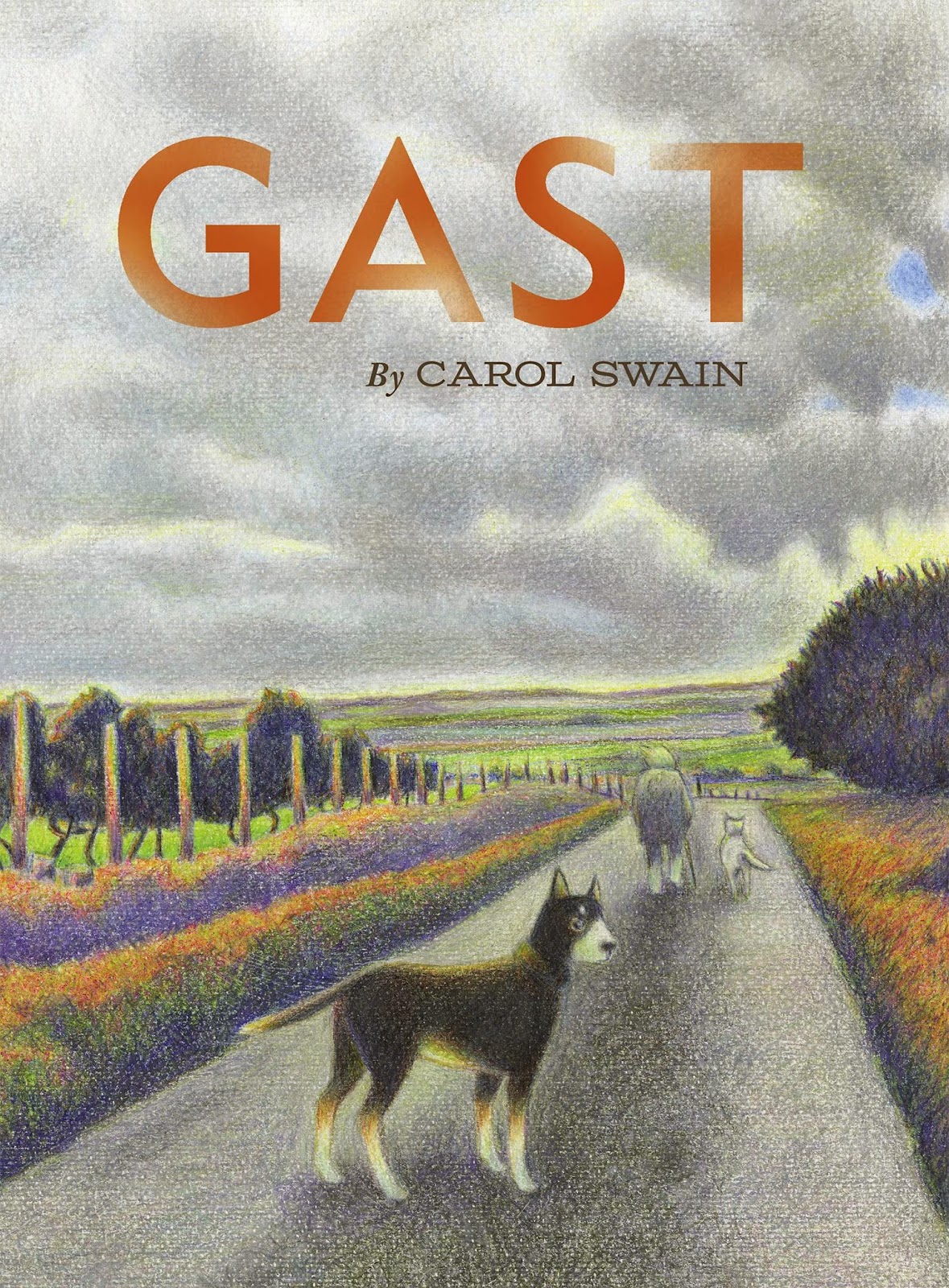 COMIC OF THE WEEK: GAST BY CAROL SWAIN

Helen is a young, quiet and inquisitive girl. Her family moves often but settling in rural Wales. This allows Helen to indulge her love of nature, particularly a budding passion for ornithology, which leads her to quietly catalogue local bird species and their habits in her notebooks. When she hears about the suicide of a local “rare bird”, her curiosity is piqued and she seeks out to discover the truth of what has happened. After all – birds, no matter how rare, do not kill themselves.

The rare bird in question turns out to be the man who would have been her neighbor, farmer Emrys Bowen, who lived a complex and solitary life that Helen becomes driven to understand. Aided by Emrys’ two dogs and sole remaining ram, Helen begins retracing Emrys’ steps – visiting the restaurants he ate at, the livestock markets he frequented, and the now-empty rooms of his home in an attempt to chart the migratory patterns and sad history of this very rare bird.

Drawn lovingly in charcoal, Carol Swain’s remarkable nine-panel grids shift perspective and angle almost continuously, adding an extra layer of strange dreaminess to her tale. Gast features an incredible display of carefully planned sequencing. Every conceivable shot position is implemented with Swain cutting frequently from above to below from interior to exterior, from profile to front-on. It’s a remarkable use of comic page real estate.

Gast tells a narrative of such subtlety that to explain too much would be a disservice to the reader. Suffice it to say that Swain’s characters are remarkably endearing, from the warm-hearted, inquisitive Helen, to the ever-hungry farm dogs, to the ram who lies constantly about the extent of his footrot (“Did you know that a farm animal unable to get to his feet is doomed?”), to the dear, departed, troubled Emrys himself who could do “nothing more to improve this land.” In a nutshell, Gast is artfully-constructed and a peaceful, touching and melancholy work. Mitch tells me that it might be out of print fairly soon, so if you’re curious, get in now. 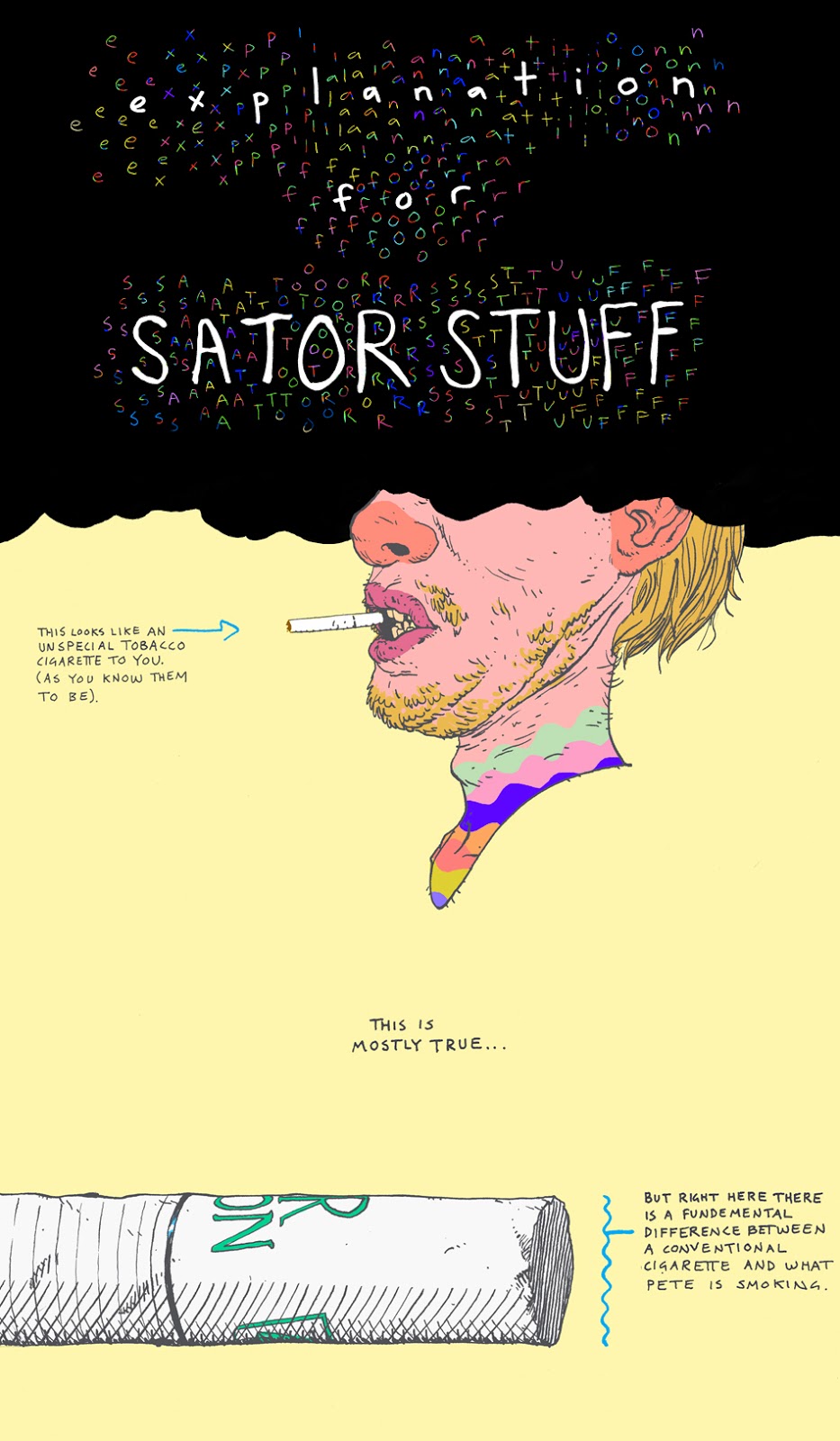 WEBCOMIC OF THE WEEK:EXPLANATION FOR SATOR STUFF BY CONNOR WILLUMSEN

Shout out to tcj.com who this week published a great interview with the restlessly inventive Connor Willumsen. His Explanation for Sator Stuff reads something like a late-era Philip K. Dick really cutting loose in an attempt to describe some strange new illicit substance. Traditionally panelled sequences float amongst borderless, colourful images of crazy scale and densely worded sections. The overall effect is terrifically psychedelic, initially overwhelming and even a little disorientating. Sator Stuff is also something that would just not work in print. Read on the largest possible screen for full experience.

COMICS VIDEO OF THE WEEK:WHAT DO ARTISTS DO ALL DAY?—FRANK QUITELY

Rejoice fellow process nerds! The BBC, frequent provider of artistic documentaries you should inject into your eyeballs, has once again provided your fix! This wonderful little 2014 documentary allows us to spend a day and a bit with artist Frank Quitely in his adorable little Glasgow studio.

Quitely takes us through his process and the creation of some of his most startling sequences with the kind of quiet intensity you’d expect from such a detail-oriented perfectionist. For me the most incredible revelation is Quitely citing one of his biggest artistic influences as Dudley D. Watkins, creator of British comic The Beano and the artist of numerous strips including Lord Snooty. I grew up reading The Beano during my childhood in England and I never once saw any Watkins in Quitely’s long-limbed, knobbly-elbowed figures, even though having watched this, it’s now totally obvious. Oh, he also uses his well-thumbed, battered volumes of Akira as pillows. This alone should be enticement enough.

Posted by All Star Comics Team at 8:18 AM