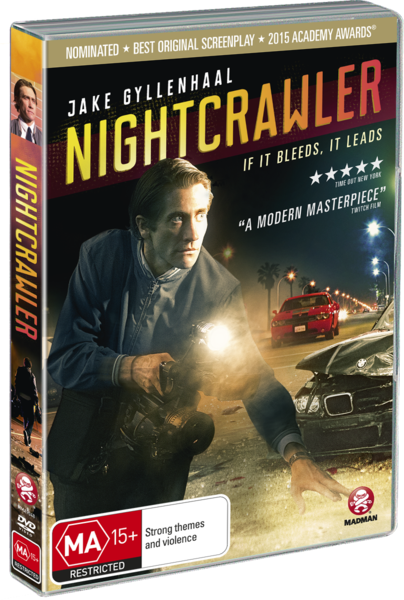 NIGHTCRAWLER is a pulse-pounding thriller set in the nocturnal underbelly of contemporary Los Angeles.

In his Golden Globe-nominated performance, Jake Gyllenhaal is Lou Bloom, a driven young man desperate for work who discovers the high-speed world of L.A. crime journalism. Finding a group of freelance camera crews who film crashes, fires, murder and other mayhem, Lou muscles into the cut-throat, dangerous realm of nightcrawling, where each police siren wail equals a possible windfall and victims are converted into dollars and cents. Aided by a career-oriented veteran of the bloodsport that is tabloid news, Nina, (Rene Russo), Lou blurs the line between observer and participant to become the star of his own story.

Thanks to those excellent people from Madman Entertainment and Nightcrawler, out on blu-ray and DVD now, we have 3 DVD's to give away!


To go into the draw for your chance to win all you need to do is tell us, "What other X-men character names would make for good film titles and what would they be about? "

Entries close 6pm Tuesday 21st of April and winners will be announced Thursday the 22nd. Winners will be notified by Facebook as to when their prizes will be available to be collected.

A huge thanks again to MADMAN and NIGHTCRAWLER, on Blu-Ray and DVD NOW!
Posted by All Star Comics Team at 12:47 PM