ALL STAR RECOMMENDS for APRIL 21ST

Hi there, bleary-eyed streamers of high-quality Marvel Television product and welcome to another Recommends.

Very sad news last week as legendary artist Herb Trimpe passed away aged 75. Trimpe was a prolific penciller whose Marvel-friendly style added some curves to the stylised blockiness of Jack Kirby without shedding any of the King’s energy. A creator with a three-decade long tenure at Marvel, his recounting of his eventual dismissal makes for heartbreaking but essential reading.Trimpe’s legacy is well and truly secure, however, as he was not only the first man to ever draw Wolverine, but also the creator of what is indisputably the definitive depiction of The Hulk. His image of Hulk mid-leap, scowling, one hand outstretched towards us, the other raised ready to hammer-smash us, has left an indelible image on the collective imagination of the comics fan and will likely never be replaced. I daresay many of you can picture it in your heads right now. THAT is the mark of a powerful artist. He’s going to outlive us all. 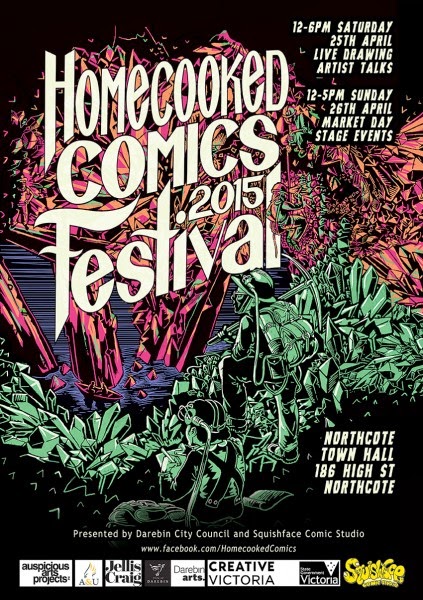 In cheerier news, Homecooked Comics Festival is coming up in Melbourne on April 25th and 26th. With many great creators in attendance, including Dylan Horrocks (*swoon*), Paul Peart-Smith and Madeleine Rosca, a fundraiser to cover costs is currently underway. You can find out all about that here. I’ll be there for sure the afternoon of the 26th following an Avengers screening.Phew. Comics. They sure aren’t going anywhere, huh? 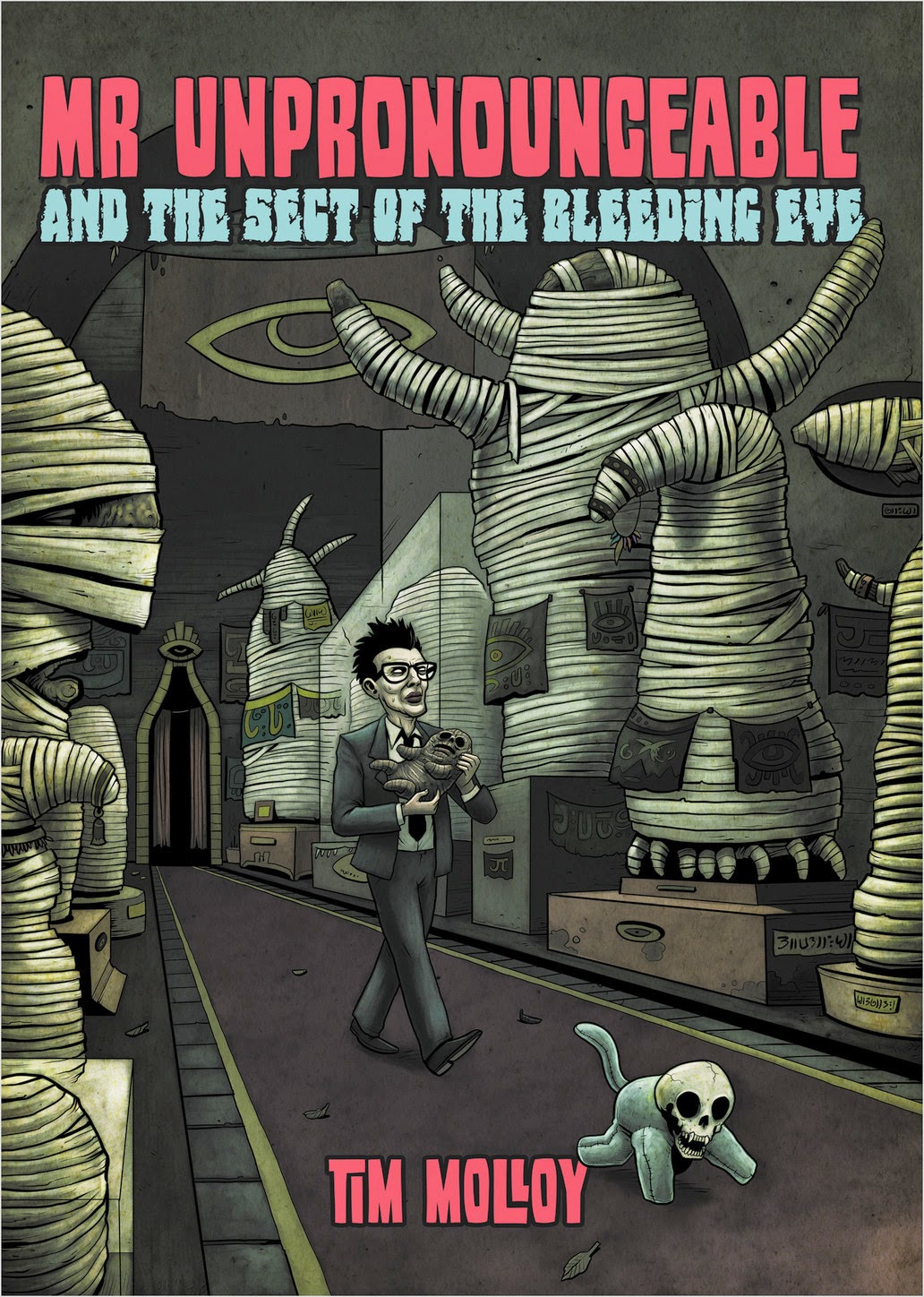 COMIC OF THE WEEK: MR UNPRONOUNCEABLE AND THE SECT OF THE BLEEDING EYE BY TIM MOLLOY

Just as hundreds of readers snapped up Richard Flanagan’s The Narrow Road to the Deep North after its Booker win, last week I leapt aboard the psychedelic bandwagon driven by the Ledger and Aurealis award-winning Tim Molloy. It’s a helluva bandwagon too; with a motor cobbled together from the weird tales of Clark Ashton Smith, H.P Lovecraft and, perhaps it’s just me, Jim Woodring and mid-‘70s Doctor Strange.

In this particular adventure, spanning three separate stories crafted by Molloy between 2013-2014, Mr Unpronounceable, “Homeless Necromancer,” blunders his way through The City of the Ever Open Eye where a cult of heretics “rotten with blasphemy” threaten to tear the place apart. Surprising twists and turns await, taking our hero across the dimensions right to the start of it all.

Molloy clearly loves his old weird fiction and has a great deal of fun with the purple prose and overwrought dialogue often found in such works. Mr Unpronounceable (who, not coincidentally I suspect, looks like an undead Jeffrey Combs from the Re-Animator movies) spouts such tremendous expository dialogue as, “The antechamber is decorated with the mummified corpses of vanquished gods, scoured from the world by the punitive powers of the silent monks!” Bless you for that line alone, Mr Molloy.

Molloy’s grey-toned art is open and clean and the numerous facial expressions of his protagonist areterrific. His landscapes are particularly detailed and fittingly psychedelic – a full splash of a mausoleum on the outskirts of the city being a personal highlight. Mr Unpronounceable and the Sect of the Bleeding Eye is a well-deserved award-winner and an extremely fun piece of comics. WEBCOMIC OF THE WEEK: WE GO FORWARD BY SHENANIGANSEN

Short and bittersweet this week. Trapped in their immediate surrounding space, characters in an old video game try and overcome the obstacle right in front of them. The less said here the better. Great stuff.

My advance capsule review of Injection #1 by Warren Ellis, Declan Shalvey and Jordie Bellaire dropped last week. If you have any interest at all in smart genre mash-ups I’d suggest you run into the store screaming for a pre-order ASAP.

One thing I admire greatly about Ellis is his increasing trust in the intelligence of his audience. Either that or he just doesn’t care if you keep up anymore. His recent comics Trees and Injection have little interest in the ‘set up-exposition-fight-cliffhanger’ paradigm that Lee and Kirby so wonderfully perfected. Mainstream comics outside of the Big Two are more and more becoming like smart television in this structural regard and Ellis (and Sex by Joe Casey also comes to mind) is at the forefront of this change.

In any event, here’s a talk by Ellis titled Haunted Machines that he gave at the recent FutureEverything conference, wherein he discusses the intersection of technology and magic. It’s fascinating stuff, featuring Ellisian nuggets like, “The story of magical language is in fact the history of scientific method.” It feels, to this lucky advance reader, like a nice appendix to Injection. It may also just change the way you look at your smartphone.