Welcome to the week we all refuse to leave our homes until thirteen hours of Daredevil have been consumed spoiler-free. A hearty good luck to you in that endeavour.

It was a busy week that was for local comics and, sadly, I had to miss all of it. On April 9th, I managed to just pop in to A Thousand Words, a comics/cartoonist night held at Brunswickarts, before having to pop off again just as quickly. Seemed like a decent turnout by a nice, supportive crowd.

Most importantly, The Ledger Awards were held April 10th. I understand All Star’s own Cazz was on the judging panel and she had quite the task. Congrats to all those nominated and of course the winners who were:
Bronze:


Platinum(for contributions to the artform):
John Ryan and Alisha Jade 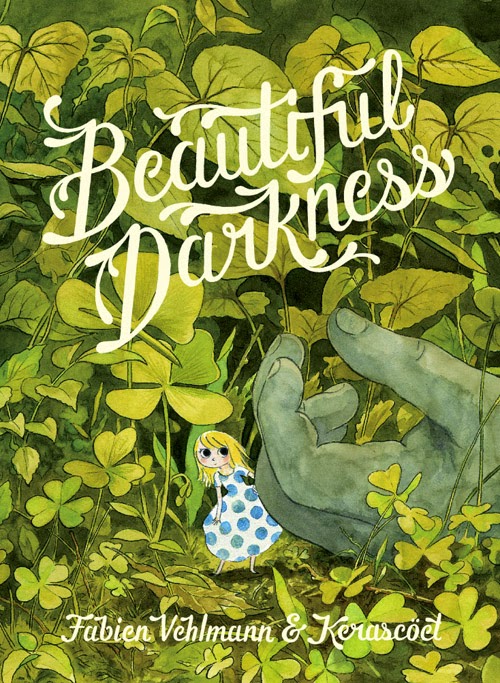 COMIC OF THE WEEK:BEAUTIFUL DARKNESS BY FABIEN VEHLMANN AND KERASCOET

One of the most acclaimed comics of recent years is Beautiful Darkness by writer Fabien Vehlmann and the husband and wife illustrative team of Marie Pommepuy and Sébastien Cosset, who collaborate under the name of Kerascoet.

This excellently designed hardcover stars a number of fairy-like beings that live inside the body of a little girl named Aurora. When Aurora dies under mysterious circumstances, her corpse left lying on its back in the forest, the pixies have no choice but to leave their home and venture out into the wide world...our world. As Aurora’s body decomposes in rather realistic detail, the characters face backwoods horrors akin to a survivalist horror movie and find themselves picked off by forest creatures and, most shockingly, the cruelty and selfishness of their behaviour towards one another. Like Disney gone Lord of the Flies, the cute little characters obliviously consign one another to maiming and death.

The humour is pitch black. You’ll laugh as some poor misfortune befalls a character, then grit your teeth as misfortune turns horrific. It’s increasingly dark as its gorgeous watercolour pages flip by, but the real genius of Beautiful Darkness is in its structure. Beginning almost as series of off-colour bit-gags, the story unfolds and tension climbs as the acts of cruelty increase in their frequency and severity. It all leads to a climax that’s inevitable, yet still more than clever enough to twist the knife.

Okay, you say, but what’s the point? Are the pixies aspects of the dead girl’s personality, as some believe? Is this all an allegory about how horrible the world is? How existential dread or a lack of empathy, or a profound sense of selfishness and entitlement can lead to our downfall?

I shrug my shoulders at you.

The creators have gone out of their way to deny any meaning or significance in pretty much anything in the book, which further opens it up to individual readings. It’s all very thoroughly postmodern in that regard, the author being dead and all, and it’s refreshing to see comics creators refusing to pin down their art. For example, of Aurora’s death Vehlmann says, “...you can be sure that a majority of the readers will think there was a murder. But we never say that. Never. And we'll never say that it's a murder. Some of the readers may be disappointed by the end because there is no explanation. All we will say is that there is a corpse in the forest. Is she real or is she not is a question? Is there a link between that girl and the man in the forest? It's a good question but there is no answer.”

I could give you my reading, but where’s the fun in that? Pick up Beautiful Darkness and go do your own. 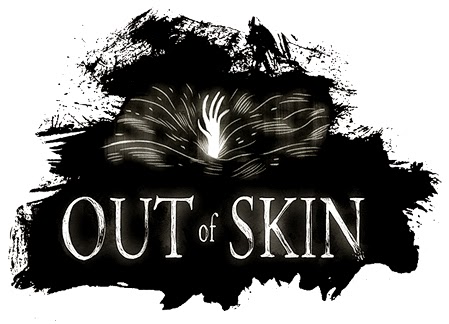 WEBCOMIC OF THE WEEK: OUT OF SKIN BY EMILY CARROLL

Seeing as we’ve already got one body in the woods this week, let’s add a few more, eh? Out of Skin is a typically great slice of beloved Canadian creator Emily Carroll’s phantasmagorical gothic that, like Beautiful Darkness, returns some grimness to the fairy tale.

Over six scrolling screens, Carroll weaves the tale of an unfortunate woman, living alone in the woods, who stumbles upon a mass grave. I will say little else except to note how expertly she injects some creepy claustrophobia into her lush pages through the use of POV “peephole” panels. Out of Skin is beautiful to look at and smartly told. Watch out also for the sneaky bit of flash and ruminate on the man in the red riding hood.

COMICS VIDEO OF THE WEEK:THE MEN WITHOUT FEAR: CREATING DAREDEVIL

You didn’t think we’d get through this week Daredevil free, did you? At deadline, I’m one episode in and it actually exceeded my expectations. Here’s hoping it holds up. To celebrate, here’s The Men Without Fear: Creating Daredevil, a terrific nine-part documentary. I’ve chosen to highlight the ten minutes of Frank Miller for you as it seems most appropriate in the context of the TV show, but it’s all great.

Miller takes us through his Daredevil run, what drew him to the character and shares his own amazement at what he was able to get away with. You may disagree with some of his opinions, but it’s hard to dislike a man who says, “We’ve felt so long like we were the bastard little nephew of media that we’ve forgotten that we’re better at certain things than they are,” even if that sounds rather ironic in wake of The Spirit movie.

If you’re pressed for time, do ensure you also watch the bittersweet segment with the late, great Gene Colan, whose passion, integrity and dedication to his craft shines through. Also recommended is the voluble John Romita Jr, who’s refreshingly unpretentious about juggling his artistic desire with the commercial realities of the business.

Posted by All Star Comics Team at 1:19 PM