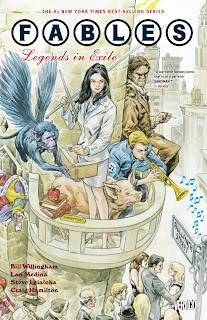 Next month brings with it the final issue/volume of 14+ Eisner award winning Fables from creator Bill Willingham and a host of incredible artists. In honour of this 13 year epic it’s the perfect time for you to either check out the series, or to get someone else on board with the first volume. Before we get to our thoughts on the series we were fortunate enough to have the creator of Fables, Bill Willingham record few words for all of us! 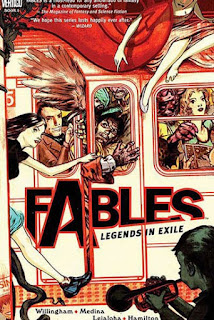 In Fables you’re introduced to characters in a new light, from Prince Charming, Cinderella and Ozma of Oz to Pinocchio and Little Boy Blue, as they live hidden in the middle of New York after being driven from their respective Homelands by The Adversary. The first book in the series introduces to the key characters of Fables as Bigby (Big Bad) Wolf investigates the murder of Snow White’s sister Rose Red. 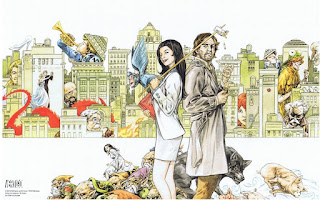 Bill Willingham reinvents and expands upon the legends and folk tales you know and love in to a thrilling epic captured perfectly by Lan Medina in this first volume, with the art of Mark Buckingham taking over from the second volume onwards, with a slew of guest artists appearing throughout the run and spin offs, and don’t forget the covers by James Jean and Joao Ruas!

An inspired and epic tale dealing with characters we already know and love is perfect for new readers of comics or just someone keen to lose themselves in this 22 volume journey.


If you have any questions, you know where to ask them. You can buy the legend from this Wednesday 10th of June.


All Star Legends. The legendary titles of the highest recommendation.
Posted by All Star Comics Team at 8:39 AM