ALL STAR RECOMMENDS FOR FEBRUARY 16TH 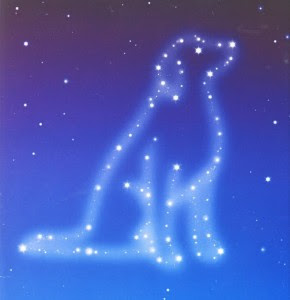 The world has gone dog mad! what-dog.net has arrived to further distract us from the fact that one day we’re all just going to die and become the stuff of the boring old cosmos again. Don’t mind me, I’m coming off a week in which I had a conversation with the cleaner in my office that literally went like this:

CLEANER: We see each other at the end of each day. Do you know what that means?

Yeah, try and enjoy dog-ifying yourself after that… 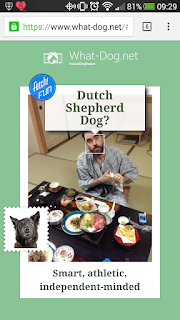 As I am apparently a Dutch Shepherd and my athleticism can no longer be denied and nothing really matters anyway, I’m off to live my dream, join Lucha Underground and become the masked El Nihilisto. Pentagon Jr., I’m coming for YOU, homes! 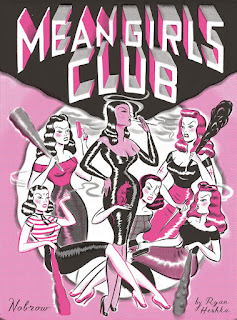 COMIC OF THE WEEK : MEAN GIRLS CLUB
By Ryan Heshka
Published By NoBrow

Poised to inspire more tattoos than any other comic this year is self-taught Canadian artist Ryan Heshka’s Mean Girl’s Club, which Diamond *finally* shipped last week making me, and you, the last people on earth to read it. Pinky, Wendy, Sweets, Blackie, McQualude and Wanda are as mean as they are lovely and, man, do they ever want to prove it. Meeting up at their ramshackle clubhouse somewhere in the woods, The Mean Girl’s Club chill cocktails with ice cubes made from a captive’s tears, inject venom, worship snakes, do drugs and go on a city-wide rampage, reminding citizens everywhere that girls are totally the meanest. Defy them at your peril, boys – they mount heads to their clubhouse wall as trophies.

Part of NoBrow’s 17x23 project, designed to spotlight “talented young graphic novelists” (last seen in this column with Joe Sparrow’s The Hunter), Heshka’s lovely little book is filled with pages of black, white, grey tones and a near fluorescent, eye-popping pink that make his curvy figures lift up off the page, ready to slap you right in the chops. As listed in Huck magazine, Heshka’s influences are numerous. The obvious ones are easy to pick – old B-Movies, 1950s fashion, Basil Wolverton comics – but an informed love of typography is also an important feature of his work, specifically “hand-created type” which he uses in paintings to achieve “the appearance of a fake magazine or pulp cover.” In Mean Girl’s Club, Heshka’s hand-lettering takes the typed font of old EC comics and sands off its uniformity, keeping the old school, pulp comics aesthetic in his word balloons but making it his own.

There’s so much to love about this – the mayhem, the merkins, the “drug muscles,” the cars, the hair, the Va Voom of these vixens – all capped off with a double page spread of the girls stealing – errr - shopping, a “Dress Up Activity Page,” with various fashions drawn in paper doll style should you feel the need to clip the girls out and dress them in the most killer of outfits.

Comic book, art object, fashion show and all-round example of femininity wild and on the loose, Mean Girls Club is an impactful, eye-catching sequential debut from Heshka, who hopefully can tear himself away from painting long enough to give us a longer, meatier comics project in the near future. Outré on Elizabeth street has a few Heshka prints on its walls right now, including one of the Mean Girls Club’s founders, Fulvia and Ulva, and this week’s Comics Video is a Mean Girls Club video art piece Heshka created as part of an installation. Go check them out should you need any more convincing. 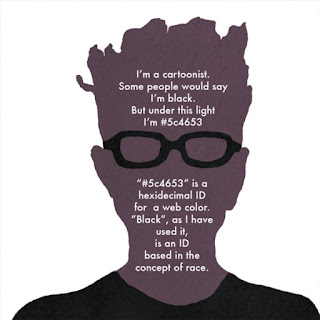 WEBCOMIC OF THE WEEK : LIGHTEN UP
By Ron Wimberly

Probably the most talked about webcomic of 2015 was Ron Wimberly’s Lighten Up. During a guest slot on Wolverine and The X-Men, Wimberly was asked to lighten the colour of a character’s skin, thus setting off this brilliantly constructed and incredibly thoughtful discussion of race, colour, diversity and comics. Lighten Up was not very well received (or handled) by Marvel Editor in Chief, Axel Alonso, as detailed by Abhay Khosla here (and I would encourage you to make the time to read Abhay’s four-part column in its entirety) but was extremely well received by virtually everyone else. If you didn’t read this last year, here’s your chance to find out why it’s so important and highly regarded. 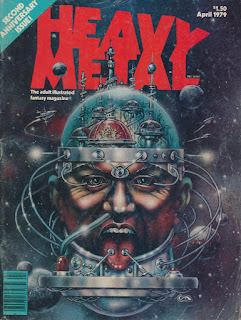 Apparently some film called Alien opened around the time that this, the April 1979 issue of HM was published and, boy, are the editors excited about it. Promising a slew of xenomorph-related material in upcoming issues, HM will bring us the serialised adaptation of the film by the legendary Walter Simonson and Archie Goodwin from next issue and some behind the scenes stuff, models, photos and production designs, in this very issue. Some unused designs by Chris Foss, whose name collectors of ‘70s SF paperbacks and fans of the wonderful doco Jodorowsky’s Dune will recognise, and others are included. Particularly interesting is a design for a space refinery that sort of looks like Marvel’s Asgard gone industrial. There’s also some Moebius costume designs, many of which that look nothing like the final product despite claims that “the illustrations of Moebius were followed closely in actual production.” Such fibbing may be more convincing if the designs of Moebius and actual costumes were not presented side by side for your befuddled consideration.

Enki Bilal flies solo and goes full-colour in “Going Native,” the story of a navigational robot who falls in love with a blue-skinned beauty whose boyfriend comes a-calling with tragic, black comedic results. Lust, Chines stereotypes, opium dens and magic collide in Len Wein and Howard Chaykin’s “Gideon Faust: Warlock at Large.” Chaykin mocks your puny concepts of page layout, eschewing panel borders entirely and giving this fully-painted, 19th century-set effort a thoroughly modern look…well, by 1970s standards. Chaykin adds surrealist elements and blobs and streaks of paint and art nouveau flourishes to yet another tale of love gone awry as poor Faust, like the robot in Bilal’s piece before him, falls for someone he has no business falling for. And just consider, for a moment, that Chaykin and Wein remain active in comics 2016. How incredible is that?

William Burroughs and Joseph Conrad collide in Picotto’s “The Strange Mission,” a perplexing but attractive little number about a colonialist agency attempting to blow up a group of rebels hidden away somewhere in the jungles of Rebel Island. The mission is spectacularly sabotaged, however, as the rebels sink the explosives-laden ship, killing all aboard, by utilising a “type two ambush based on mythical subconscious connections, mental stress and ambivalence.” In other words, they materialised giant iceberg in the middle of a tropical river. I think I’ve just found my new fave super power.

There’s more “Only Connect” by Alias (actually Claude Lacroix) and it is tremendous. A fat, pushy archaeologist arrives at a futuristic airport seeking passage to the planet Kraspek. However, Kraspek is in The Forbidden Zone and the methods of transportation there are archaic and dangerous. The archaeologist gets his way, however, and is taken to a departure bay where he will travel “old biotic style.” Diving into a bubble that floats in a pool of viscous liquid, the archaeologist begins his journey, his bubble ship sinking down into the liquid only to emerge as a human baby being squeezed out of his new mother. So good.

Yves Chaland, of last week’s feature comic, Freddy Lombard and the week prior to that in the HM recap, returns with another short and yet another style, which at this point just makes the tragedy of his death all the sadder. “No Love Lost” is set in the Supercity, where seemingly fascistic police crack heads in their hunt for a man named Alex. Alex leaves his lover’s bed and runs into the jungle where a rocketship full of atomic weaponry has crashed. Linda, Alex’s lover, is shocked to find out from police that Alex is in fact a psychopath who wants to blow up the planet just as Alex detonates the weapons. It’s not much a story, sure, but it’s only three pages long and sees Chaland working in an almost Alex Raymond style. Clearly yet another experiment before Chaland got serious with Freddy Lombard, it’s just flawlessly drawn, capping off yet another solid issue.

If you’re a reader who thinks, “Gee, I wish this column would get back to its super-pretentious best,” boy, do I have the video for you! As part of, yes, an art installation in Portland, here’s a piece of mixed media video art by Ryan Heshka based around his excellent Mean Girls Club comic as featured above. It’s wonderfully odd and super cool and even if you’re thinking, “Ew, installation art,” there’s enough pretty girls acting tough and stylish animation to make this recommended viewing. Plus, it’s nice to see artistic promos that aren’t just based around who’s dying this month, or which universe is rebooting next week, both of which, it has been scientifically proven, can cause your comics continuity-caused migraines to throb with just that little bit of extra oomph.

Cameron Ashley spends a lot of time writing comics and other things you’ll likely never read. He’s the chief editor and co-publisher of Crime Factory (www.thecrimefactory.com). You can reach him @cjamesashley on Twitter.
Posted by All Star Comics Team at 4:43 PM