WAR FOR THE PLANET OF THE APES PRIZE PACK GIVEAWAY 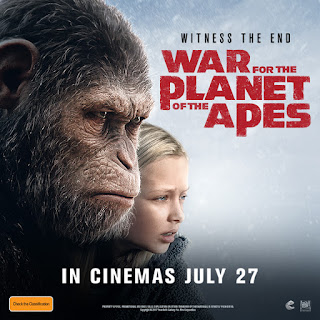 In War for the Planet of the Apes, the third chapter of the critically acclaimed blockbuster franchise, Caesar and his apes are forced into a deadly conflict with an army of humans led by a ruthless Colonel.  After the apes suffer unimaginable losses, Caesar wrestles with his darker instincts and begins his own mythic quest to avenge his kind.  As the journey finally brings them face to face, Caesar and the Colonel are pitted against each other in an epic battle that will determine the fate of both their species and the future of the planet. 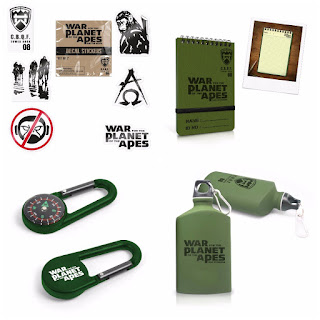 To go into the draw for your chance to win all you need to do is tell us,
"Despite their stinking paws, I'd still happily see WAR FOR THE PLANET OF THE APES with ________."  filling the blank with the tag of the person you would enjoy watching the end of civilisation with and you will be entered in the draw.

Terms and Conditions:
-Only entries made via the comments on the Facebook post will be included in the draw.
-All entries will go into the All Star Barrel and winners will be drawn at random.
-Entries close 6pm Monday the 24th of July and winners will be announced Tuesday the 25th and notified soon after as to how to collect their prize packs.

For more information head to: http://www.warfortheplanet.com.au/